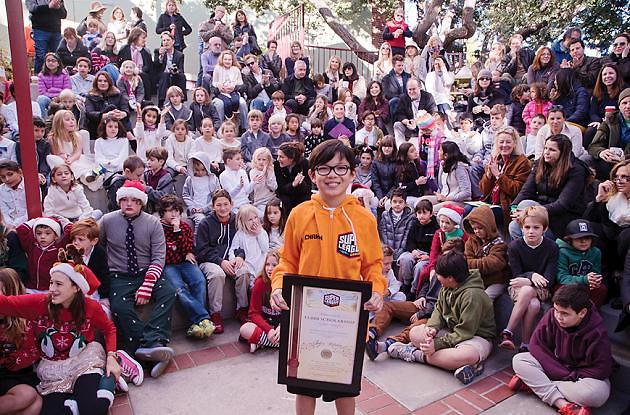 Julien Wiltshire, a 10-year-old student From Los Angeles won the first “Minecraft National Champion” after defeating over a hundred competitors, the presenter of the competition, Super League Gaming announced Monday.

World famous open-game “Minecraft” is enjoyed by the young and old. Regardless of gender and nationality. It has always kept the top ranks of the most popular game charts for last few years.

The first competition of its kind, Super League’s Minecraft National Championship drew hundreds of gamers from all over U.S. The competition, judge gamers’ creativity and critical thinking as well as his or her teamwork abilities.

"Julien's skill, creativity and teamwork during this season was amazing to watch and we couldn't be happier to name him our first ever Minecraft National Champion," said John Miller, Chief Visionary Officer of Super League Gaming.

"As parents, we are always searching for activities that are super fun and super educational. Kids across the country have fallen in love with competing for the Super League National Championship. The league format teaches teamwork, sportsmanship, and other social skills; while playing Minecraft has proven to give kids an edge in math, science and computer technology."

Super League's next season is set to begin on Feb. 2 in over 80 cities across the U.S.