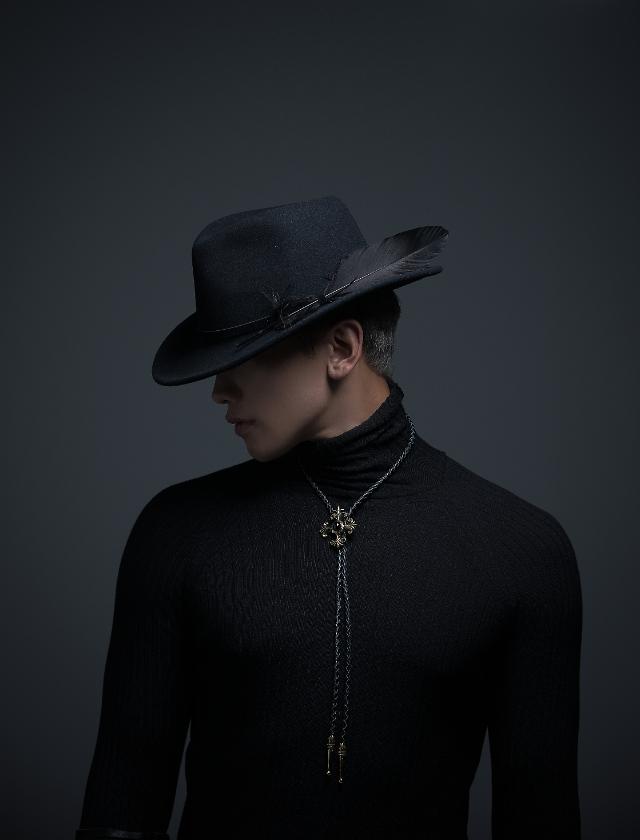 Solo artist Rain unveiled an album jacket image Monday as a preview for his comeback album scheduled for release in two weeks.

The 34-year-old updated a page on his official website with the image titled "The Best Gift Ever" that showed him wearing a black fedora and a black hat decorated with a large black feather. The website did not leave any comments on what to expect on his first album in three years.

Rain, who debuted in 2002, has bolstered his image as a sexy male artist. He started his career in acting from  2003 by appearing in a TV drama. He later took main roles in Hollywood films – Ninja Assassin and Speed Racer. Known as the first generation of a Korean world star, he enlisted in the army, ending his activities abroad without much achievement.