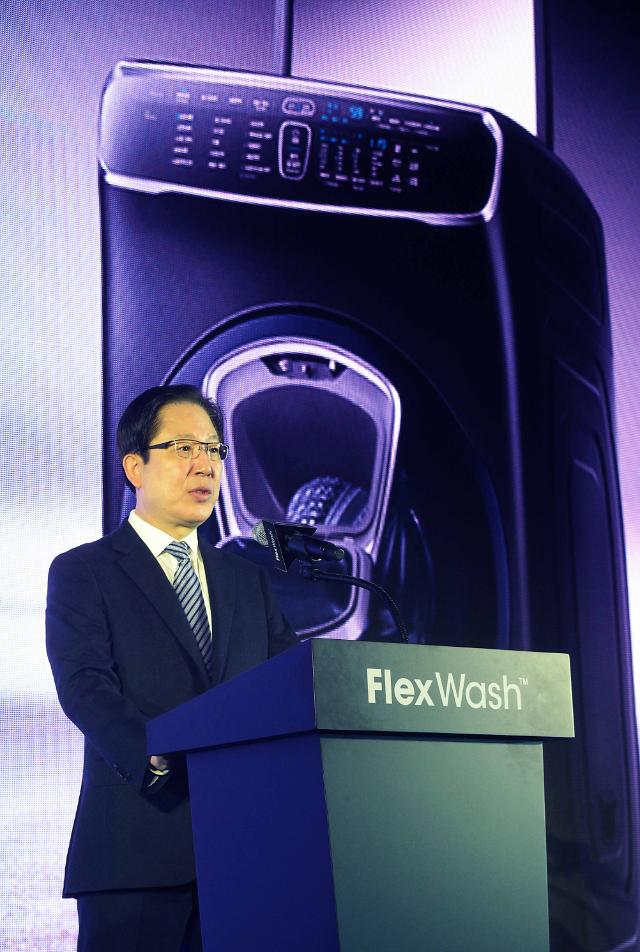 
The head of Samsung's home appliance division floated the idea of building a new American plant Thursday as President Donald Trump threatens to impose hefty taxes when bringing in goods manufactured outside the United States.

"As part of our mid and long-term strategy, we consider building a plant in the United States," Seo Byung-sam, vice president of Samsung's home appliance unit, told reporters, adding the company has no concrete picture.

Seo's remarks came at a ceremony to launch a new dual-load washing machine called "FlexWash" which is Wi-Fi-enabled and can be controlled by a smartphone app. Prices were set at between 2.29 million won (1,980 US dollars) and 2.69 million won, depending on its load capacity.

"For global competitiveness, the strategy of a manufacturing industry is flexible in moving a production base," he said in response to a report by the Wall Street Journal that Samsung is in preliminary talks to build a new facility for home appliances in the United States.

Samsung expects to spend about 300 million US dollars on the project and talks are under way with at least five states, and it plans to move some of the production of oven ranges from Mexico, the Journal said.

Last year, the company acquired US luxury home appliance maker Dacor in a deal that would help Samsung speed up its growth in the US home appliance market. Dacor, based in southern California, is a leading producer of premium kitchen appliances including ovens, dish washers and microwave ovens.