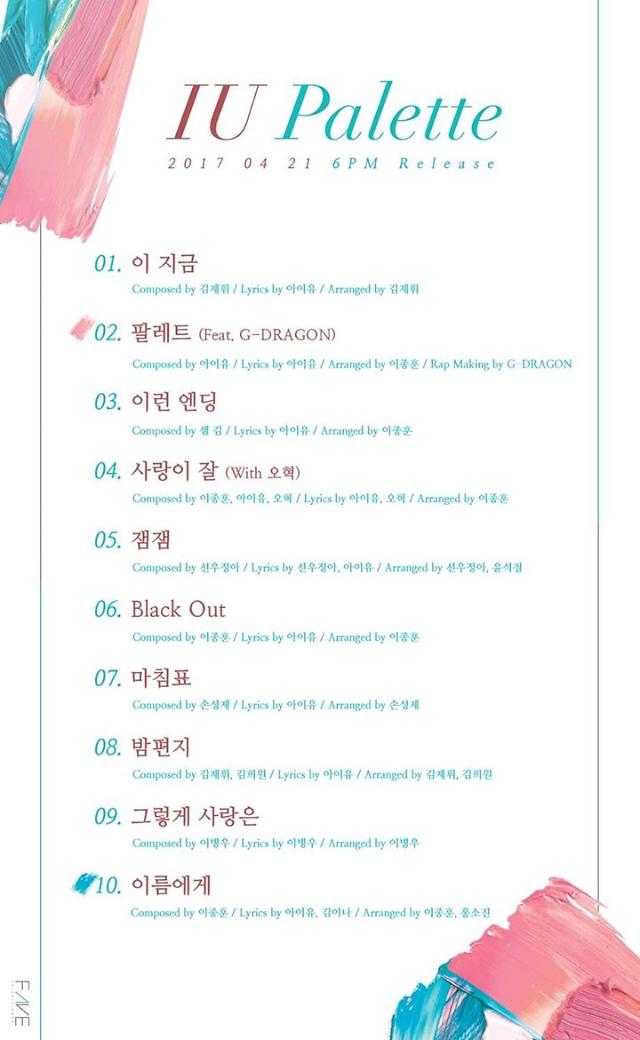 
Solo artist IU has unveiled G-DRAGON, a member of a popular boy group BIGBANG, will feature in the title song "#Palette", from the singer's comeback album of the same title.

The 23-year-old uploaded a track list of #Palette onto her Facebook Thursday. IU's fourth official album holds a total of 10 songs, including "Through the Night" and "Can't Love You Anymore", two songs which were successfully pre-released in the last three weeks.

#Palette, the title song, is the second track of the album and it is indicated in the track list that G-DRAGON will feature as the featuring artist. Oh Hyuk, the leader of a popular indie band Hyuk-oh also collaborated with IU in the pre-released track "Can't Love You Anymore".