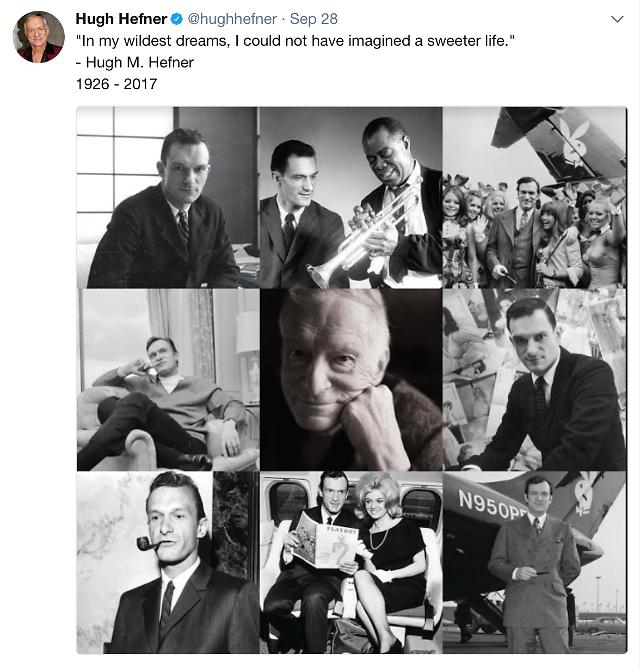 
Hugh Hefner who built a multimillion Playboy empire passed away at the Playboy Mansion on Wednesday night. He was 91 years old. Hefner's net worth before his death was approximately $50 million.

Hefner, who was often compared to Jay Gatsby character, built his entertainment company from the ground up. He served in the U.S. Army as a writer from 1944 to 1946. After quitting his job at Esquire where he worked as a cartoonist and a copywriter, Hefner borrowed $8,000 from investors and $1,000 from his mother, and published the first issue of Playboy in 1953. The first issue featured the unlicensed nude photos of Marilyn Monroe from 1949 calendar shoot. It sold over 50,000 copies. This was the start of Hefner's multimillion entertainment empire.

From the beginning, Playboy Magazine started a new culture of consumption and sex. It became a new symbol of American culture and Hollywood internationally post-war.

Hefner's typical American life with a wife, Millie who was his high school sweetheart, and a daughter, Christie, changed rapidly after his success. He entered the spotlight and began to create and publish even more controversial contents.

After he divorced his first wife, Millie, in 1959, Hefner transformed and branded himself as the ultimate playboy whom men were envious of. He started promoting the luxurious and hyper-sexual lifestyle he started leading. He began flaunting his "Playmates" from 1959 and eventually acquire an estate, now known as Playboy Mansion, in Los Angeles to move in with his favorite Playmates.

Hefner led a lavish and vigorous life until he suffered a minor stroke in 1985. This experience was a reality check for him. Hefner let his daughter Christie from his first wife to take over the Playboy enterprise operations in 1988 and started toning down his notorious wildlife filled with parties.

Hefner married twice more to his Playmates, Kimberly Conrad in 1989 and Crystal Harris in 2012.

The Playboy mogul is survived by four children, Christie, David, Marston, and Cooper, and his third wife, Harris.

As Hugh Hefner famously said in 2009, "In my wildest dreams, I could not have imagined a sweeter life."

At the end of his life, Hefner was buried next to Marilyn Monroe whose nude photos helped Hefner to build a hyper-sexual multimillion empire that left a lasting imprint globally.