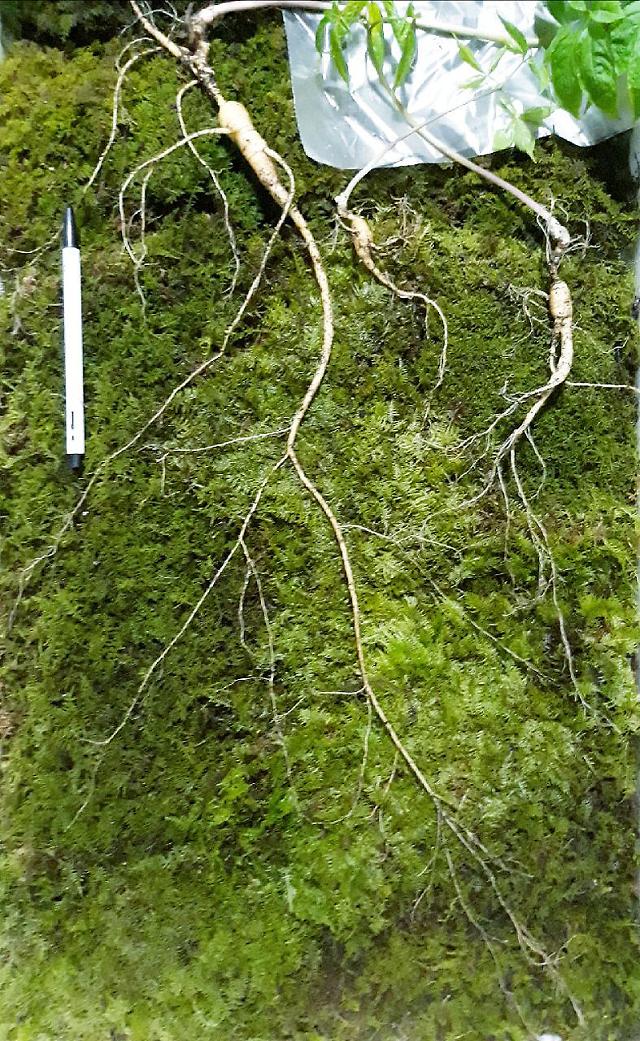 Wild ginseng roots, including a 120-year-old one, found in Mount Jiri are on display. [Yonhap News Photo]

SEOUL -- A 120-year-old wild ginseng root worth over $278,550 has been found by a herb collecter in a mountain in South Korea's southern city of Namwon.

Kim Dae-gon, 64, discovered three wild ginseng roots together on May 21 at the foot of Jiri, a 1,915-meter-high mountain located in the southern region of South Korea.
The biggest one, which weighed 75 grams and was 72 centimeters long, was valued at more than 300 million won ($278,550), according to Yonhap News Agency.

Wild ginseng is relatively rare. Although ginseng has been used in traditional medicine for centuries, modern research is inconclusive about its biological effects. The constituents include steroid saponins known as ginsenosides.