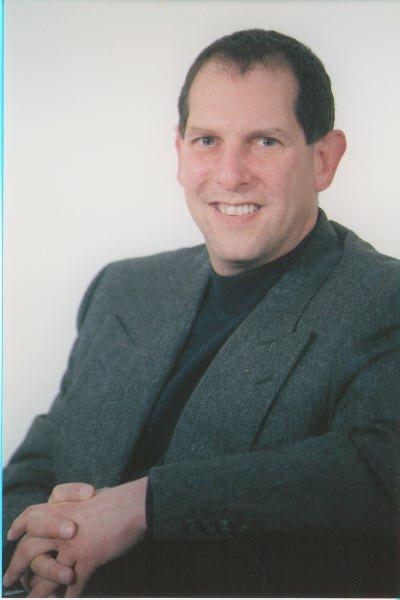 
SEOUL --  (This interview was arranged and contributed by Kwak Min-jung, an Aju Business Daily reporter based in San Francisco.)

A protracted economic and strategic confrontation between Washington and Beijing took its new turn after Vice President Mike Pence issued a dire warning that the United States would not avoid an all-out cold war with China unless Beijing fundamentally changes its attitude in economic, military and political activities.

The message fueled concerns about an escalation in tension between the two super-powers. China came under pressure to offer concessions on a wide range of issues including intellectual property theft, forced technology transfer, restricted access to Chinese markets, respect for international rules and norms, efforts to limit freedom of navigation in international waters and interference in the politics of Western countries.

Pence displayed confidence, saying the U.S. economy is strong enough to weather such an escalation while China’s economy has been sputtering. However, some pundits may not agree as the Chinese economy has grown enough to square its shoulder in its trade war with the U.S.

"I believe that history is still probably right in that everyone loses," Steven Gilman, a senior professor in the design strategy school at the California College of the Arts and Golden Gate University's Ageno Graduate School of Business, said in an email interview with Aju Business Daily.

In listing the risks that could threaten the global economy, Gilman placed President Donald Trump high, saying potential responses to his actions could have a massive impact on the global economy. He agreed that a U.S-China trade war would be the most "impactful" in the long term.

With his typical "Modus Operandi," Trump deliberately wants to create chaos, uncertainty and a climate of fear, tearing up long-term trade agreements with historically compatible partners and stirring "antipathy and even aggression" to other cultures, ethnicities and religions, the economist said.

"This is driven by his personality, and from his own historical way of acting in the world," said Gilman who has held senior executive and management positions in aerospace, technology, design, and product marketing enterprises.

Historically, there have always been economic cycles of growth and retreat, the economist said, adding it is extremely difficult both culturally and psychologically to recognize that the U.S. may not rule as global empire overlords forever. "There has always been and still remains, among 'national pride' circles, the firm belief that America is the rightful, appropriate, and 'God appointed' 'Leader of the Free World.'''

In certain cultures, Gilman said there is the recognition of impermanence and attachment: Impermanence implies that everything changes over time and nothing is absolutely permanent while attachment to past or current beliefs, associations and ways of doing business leads to suffering in the face of impermanence.

China is not innocent of intellectual property infringement and has no extensive regulatory bodies and laws that have evolved in western developed nations over centuries, but it's not the only country to do so, Gilman said, suggesting continued trade wars could easily create extreme reversals in global trade. "If global enterprises cannot do business, then expect severe economic dislocations."

Gilman warned that as commercial and national influence boundaries are re-drawn around the world, resultant resistance, conflict and economic distress may arise, leading to "boundary and relationship adjustments that could easily trigger severe economic downturns depending on actions and responses."

Any sudden shift in "Middle Eastern power struggles affecting world commodities" can create economic severities, and other causes might include wars, both large and small, catastrophic natural disasters, global health menaces, and probably many more, he said.

"Though, if I were to hazard a guess, I think that a continued aggressive trade war action coupled with real corporate growth opportunity topping out and leading to exhaustion is a good probability."

Following the 2008 financial crisis, there was a widespread belief that the major powers would enhance cooperation, but the G20 lost its momentum and narrowly-defined national interests came back to the center stage. The G-Zero world, which refers to an emerging vacuum of power in international politics, is a recognition of this reality that national interests prevail over the collective interests embodied in the G20.

Gilman raised a question of whether the world needs a dominant sovereign nation powerful enough to stabilize global commerce, or a perceived "last resort" global power. He asked: "What are the expectations or projections of benefits for such an entity?

"Given that populism is virtually antithetical to a global superpower in that it is primarily inward focused, anyone leading country or superpower would not be particularly welcome within a populist regime insistent upon governing and managing its own internal affairs regardless of the impact on international relations and trade."

Global power, commerce, trade and relations are currently undergoing significant change and regional alignments are shifting, with old relationships and agreements being disregarded or torn down and new sovereign influencers and regional responsibilities emerging, he said.

It is perhaps a natural evolution, given that sovereign governments are very much coupled with their own economic interests and countries compete for market share even more assertively than enterprises, the economist said.

"The very real and justified concern here is that actions and reactions lead to dramatic or accelerated aggressive responses such as blockades and stoppages in the flow of international commerce, business activity, population movements, economic embargoes, territorial skirmishes and perhaps even open military conflict," Gilman said.

About intensifying competition in the high technology market especially between China and the U.S., Gilman said: "Technology crosses virtually every industry and business enterprise, large and small." He said that it's not simply the high technology but all types of businesses will always be changing, innovating, evolving.

"'High-Tech" can be as much a destroyer as a savior, in my opinion. It is all about how it is utilized, and for what purposes it is created, developed and deployed."

Other risks listed by Gilman:

-- There is the moderate possibility of trade wars and continued low-level skirmishes that eventually erode and exhaust international enterprises. Enterprises could stop doing business in certain regions, leading to layoffs, the increased cost of doing business, higher unemployment and reduced demands for goods and services. It would also cause a significant increase in consumer goods prices, lowered demands, and probably supply shortages for necessary consumer staples. Only after the damage is unquestionably severe, people would recognize their individual pain and suffering.

-- The cost of money or capital is significantly feasible and could reduce liquidity and corporate growth. Rate hikes by central banks and tightened money supplies will send loan rates increasing to unsupportable levels. A frog in a pot of boiling water does not realize that it is being cooked until too late.

-- Nationalism, populism and blocked international trade by more nationalist governments are already happening, somewhat increasing. That would lead to a long-term erosion in economy, business, the cost of living and consumer confidence. While this may appear attractive to certain populist constituencies within given national borders in the short term, it would become disastrous in the mid-to-long term.

-- "Balkanized" global standards for goods and services are already in process in certain areas. It would cause a long-term decline in inter-relatedness and reduce innovation due to control, monopoly or oligopoly growth. This is already accelerating in the internet spaces. Different regional powers are requiring or directing their own communications standards and technologies. Thus, a breakdown in universal communications and telecom capabilities, increased costs for access, and barriers for the commercial activity of enterprises.

-- Massive overbuilt capacities of goods and services hitting the wall of "Peak Demand" depend on individual industry sectors. A recession and the sudden collapse of demand coupled with oversupply will lead to price collapse, reduced manufacturing, unemployment, bankruptcies and eventual price reductions until the demand-supply equilibrium re-emerges.