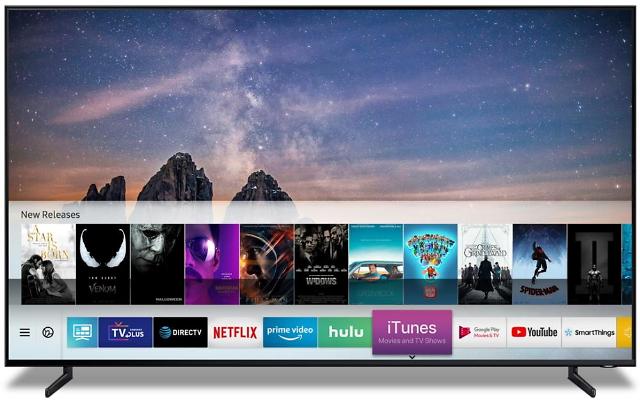 
SEOUL -- Ahead of this week's technology conference, CES, in Las Vegas, Samsung Electronics announced a rare business tie-up with its American to add Apple's new streaming service to Samsung smart TVs this spring.

Samsung said that support on smart TVs produced in 2018 would be made available through firmware update. Users can access their existing iTunes library and browse the iTunes Store to buy or rent from a selection of movies and TV episodes, including 4K HDR (high-dynamic-range) movies. HDR video technology provides vivid colors and accurate images.

"iPhone, iPad and Mac users have yet another way to enjoy all their favorite content on the biggest screen in their home," said Eddy Cue, senior vice president of Apple's internet software and services.