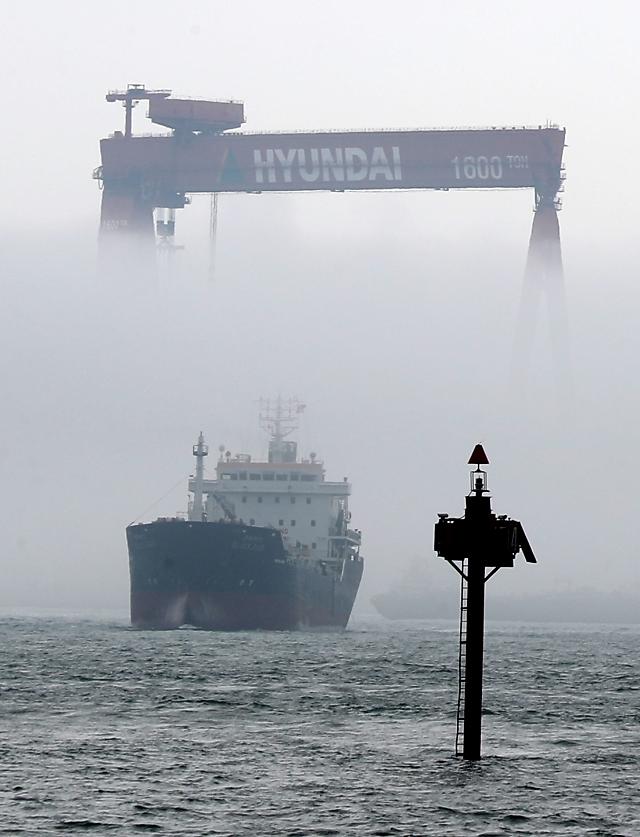 HHI's labor union held an emergency meeting Thursday after putting off a planned vote on this year's wage deal with management. South Korea's shipbuilding industry has been restructured, but workers at top three shipyards, including Samsung Heavy Industries, have opposed consolidation, fearing layoffs.

The Korea Development Bank (KDB), a state policy bank which owns a 55.7 percent stake in Daewoo Shipbuilding, is set to hold its board meeting on Thursday. There has been no official comment from KDB and HHI.

With a massive injection of state money, Daewoo Shipbuilding has been kept afloat in return for a sweeping rehabilitation program to ease its liquidity crisis caused by dwindling orders and a prolonged business slump.

Initially, experts suggested the shipyard should separate its defense section or merge with competitors to rehabilitate South Korea's embattled shipbuilding industry. However, policymakers have refused to do so, fearing a backlash from politicians, provincial government officials and voters.

HHI has reduced its debt through painful restructuring. In 2017, Hyundai Robotics was separated and renamed as the group's holding company for non-shipbuilding units so that the shipyard in the southeastern city of Ulsan can focus on shipbuilding and engine making. This month, HHI's holding company agreed to sell a 19.9 percent stake in its refinery arm, Hyundai Oilbank, to Saudi Aramco for 1.8 trillion won ($1.6 billion).