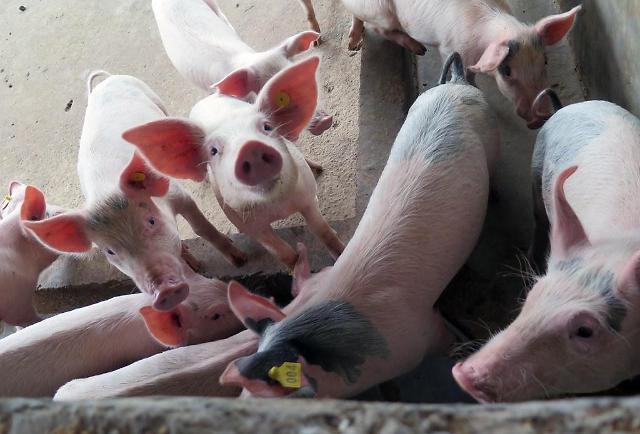 SEOUL -- "The African swine fever outbreak in China can cause a global 'protein crisis'," warned an official from South Korea's domestic livestock industry.

The African swine fever (ASF) outbreak in China is totally different from the previous outbreak in Europe, the official told Aju News on condition of anonymity. He said that global pork prices are expected to surge in the second half of this year and could lead to a worldwide shortage of pork by 2022 if the outbreak is not controlled.

ASF is an animal epidemic with a mortality rate of up to 100 percent with no preventive vaccine. It was named after Africa where it was first found in the early 1900s. It was a common disease in Sub-Saharan Africa but spread through Portugal and Cuba to Europe in the late 1950s and the American continent in the early 1970s.

In recent years, Europe has emerged as a zero ground of ASF instead of Africa. European Union (EU) authorities have been tense as ASF reached Belgium, the center of Western Europe, just after the outbreak was concentrated in Eastern Europe. The United States has no cases, but it is concerned about possible infections.

China became the first Asian country to be hit by ASF in August 2018. The epidemic has spread to Vietnam, Mongolia and Cambodia. Experts express worries that ASF might have spread to neighboring countries such as Thailand, the Philippines and North Korea.

According to a 2018 report from the U.S. Department of Agriculture, titled "Livestock and Poultry: World Markets and Trade," the number of pigs being raised worldwide is 769 million, and China raises about 433 million, more than half of the world's domestic swine population. Vietnam has about 30 million.

Because Asia has a bigger population of pigs in farms than that of the U.S. or Europe, ASF can be disseminated much faster, the livestock industry official said, adding that Asia's ASF crisis will have a greater impact on global prices.

China's pork price is about 11 percent higher than the current international price, but if the epidemic continues, international prices will increase. The price of pork futures traded on the Chicago Mercantile Exchange (CME) has risen more than 70 percent since March.

The price hike prompted China to increase imports significantly. In the first two months of this year, the country imported 207,000 tons of pork, up 10.1 percent from the same period of last year.

Netherland's Lobo Bank predicted that ASF might have already spread across China, with some 150 million to 200 million pigs being dead or culled. The bank forecast a 30 percent decline in China's pork production this year. Experts worry that the ASF outbreak in China may become more serious as the actual size of the epidemic is suspected of being much bigger than official figures. Some are also concerned about Vietnam, which has a similar situation.

The Chinese Ministry of Agriculture and Rural Affairs has insisted that measures taken since the outbreak of ASF in August last year were effective, but the virus continues to spread throughout China. Industry experts point out that China's response appears to be not effective, different from regulated media reports. There are concerns about processed meat using infected pigs.

Livestock industry officials warn that the situation will be completely different if North Korean pigs are found to be infected. Some think that ASF may have already infiltrated into North Korea, which has not informed the international community of any malignant infectious diseases since the announced outbreak of foot and mouth disease in January 2014. Wild boars are feared to carry the virus into South Korea across the land border.