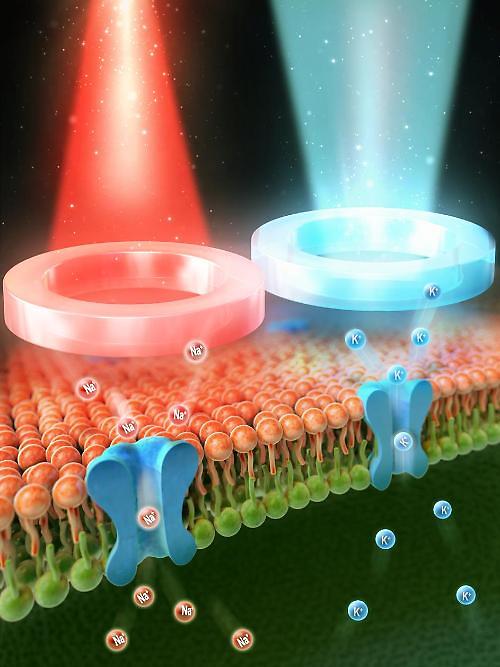 
SEOUL -- South Korean researchers have designed a power efficient, high-performance artificial intelligence device based on the basic structure of a human brain using characteristics of light.

Seoul National University (SNU) said in a statement on Tuesday that its research team led by Park Nam-kyu has succeeded in mimicking the activity of neurons, the basic elements of the human brain, in a form of light-based neural signal processing.

Neurons transmit electrical and chemical signals between intra-and extra-cellular regions through ion channels. Neurons form neural networks which are interlinked to one another to store data during learning and memorizing processes.

SNU researchers have designed a photonic system for neuronal functionalities which uses light to compute instead of electricity. They have found a medium which is equivalent to living neurons' ion channels.

"This research applied a multidisciplinary approach to interpreting the operational principles of biological structures through physical symmetry and designing new optical elements," Park said, adding this finding is a turning point in the development of high-performance neurologic devices and AI by enabling the operation of signal transporters using light.

Artificial intelligence (AI) technologies use software which mimics the signal-exchanging process of neural networks for deep learning, a machine learning method based on artificial neural networks.

Currently, global tech companies such as Intel and Qualcomm are trying hard to develop neuromorphic devices which are hardware platforms for neuronal functions based on neural networks.