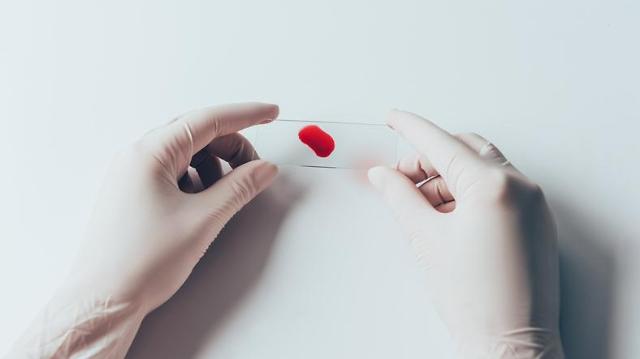 SEOUL -- South Korean scientists claimed to have developed a novel kit for the early and convenient detection of Alzheimer's disease, the most common cause of dementia. Related technologies have been transferred to private companies and clinical tests are underway with the aim of making them available at the end of this year.

The kit for the diagnosis of Alzheimer’s disease (AD) is composed of fluorescent nanoparticles, the scientists including Kim Myeong-ok, a professor at Gyeongsang National University's college of natural sciences, said in their research paper published on the website of Scientific Reports, a scientific journal.

"The kit consists of a probe molecule comprising an oligonucleotide capable of detecting one or more AD-specific microRNAs and biomarkers related to AD," the paper said, adding that the kit provides faster diagnostic results with less complex production techniques and lower costs as it is diagnosed through blood.

"Unlike traditional methods, this method of diagnosing Alzheimer’s disease is expected to be convenient, inexpensive and fast," the paper said.