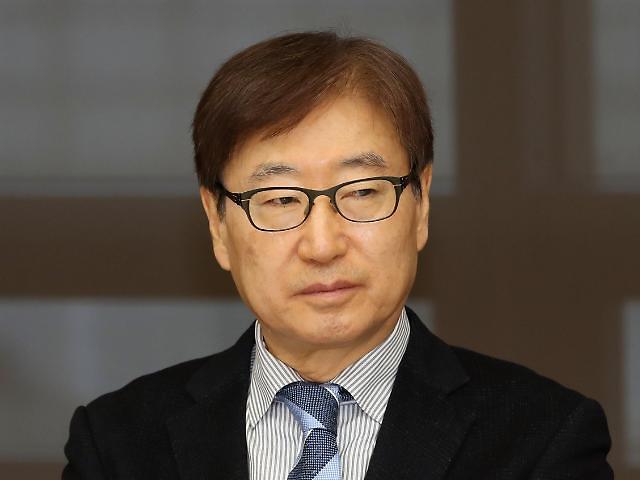 SEOUL -- A top Samsung Electronics official called for a ceasefire in an unyielding fight between South Korea's two major electronic firms over whose technology is better in producing premium super high-definition TVs, saying domestic firms should compete in "good faith" to thwart a challenge from foreign rivals.

"The ongoing TV quality competition is not good," Samsung Electronics vice chairman Yoon Boo-Keun told Aju Business Daily. "The quality of a TV can not be evaluated by one particular measure, but rather a synthesized concept by optimizing various factors...Each product has its strength and weakness."

LG focuses on OLED (organic light-emitting diode) technology while Samsung's quantum dot LED (QLED) TVs use nano-crystals to enhance the brightness and color of its display. LG officials have insisted that Samsung's QLED TVs are structurally identical to LCD TVs because they have no separate self-emitting light source.

Quantum dot displays use semiconductor nanocrystals which can produce pure monochromatic red, green, and blue light. They are capable of displaying wider color gamuts than OLEDs.

LCD TVs using quantum dots and branded as QLED use photo-emissive particles. Photoluminescence is light emission from any form of matter after the absorption of photons. LG insisted Samsung's  QLED TVs are not based on truce QD-LED technology.

Samsung has urged LG to stop a wasteful debate. "We should go to good competition for each other's development," Yoon said. "LG Electronics has its own reasons, but we need to compete in good faith at a time when competition between countries has intensified."

At the center of contention was Contrast Modulation (CM). The International Committee for Display Metrology (ICDM) defined the measurement of CM which describes accurately and quantitatively how distinguishable the neighboring pixels are from each another. For any TV display to deliver the resolution indicated by its pixel count, ICDM requires the minimum CM value to exceed a threshold of 25 percent for images and 50 percent for text.