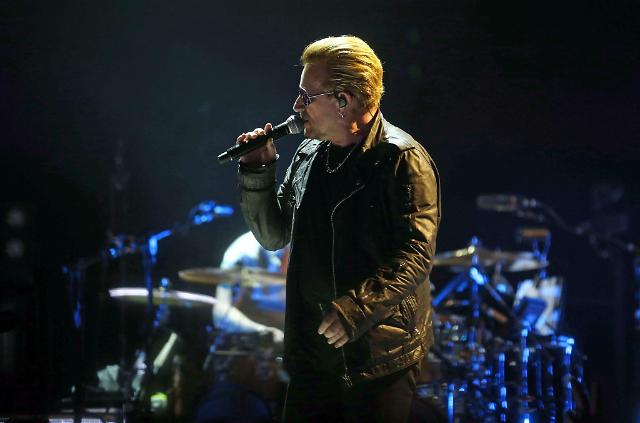 SEOUL -- President Moon Jae-in will meet Bono, a member of Irish rock band U2, who is known for his social and political-themed lyrics. The legendary four-member band is in Seoul to hold its first concert in South Korea.

The presidential office said that the meeting between Moon and Bono would take place on December 9. Bono, 52, is well known for his interest in social justice causes. He co-founded One Campaign, an international organization that fights extreme poverty and preventable diseases, mainly in Africa.

U2, which debuted in 1976, has gained its reputation as a politically and socially conscious group.