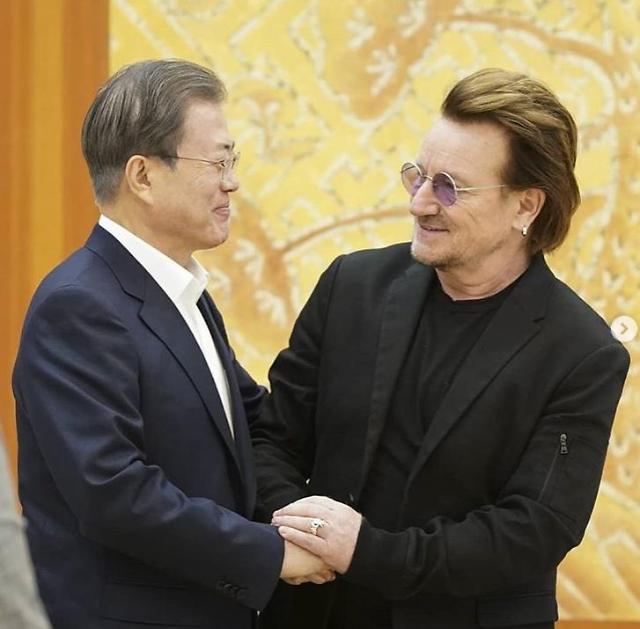 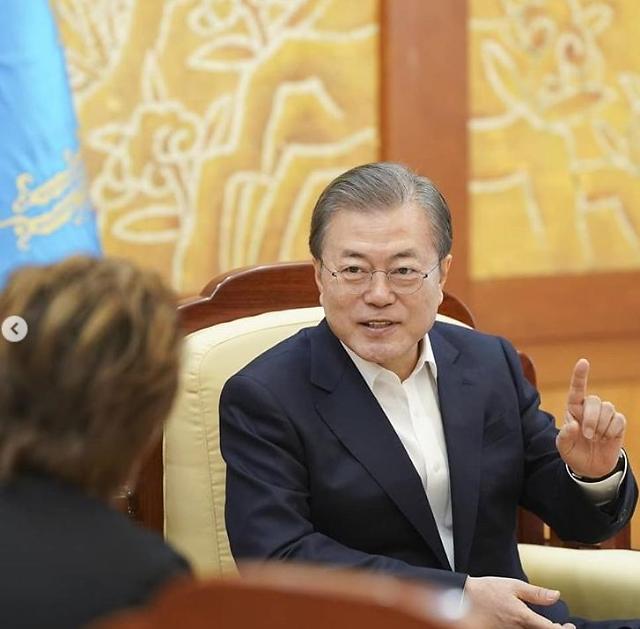 SEOUL -- President Moon Jae-in has met Bono, a member of Irish rock band U2, at the presidential Blue House on Monday. Bono, 52, is well known for his interest in social justice causes. He co-founded One Campaign, an international organization that fights extreme poverty and preventable diseases, mainly in Africa. U2, which debuted in 1976, has gained its reputation as a politically and socially conscious group.