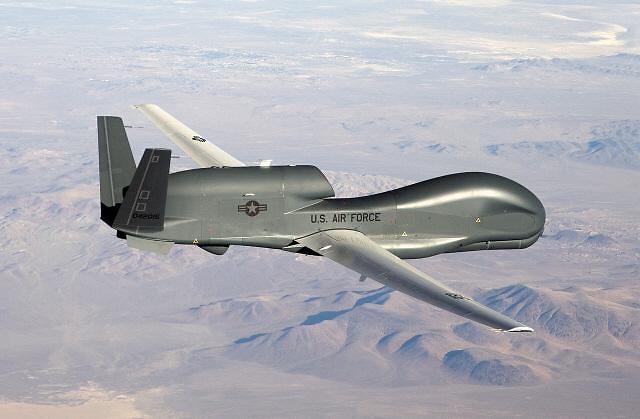 SEOUL -- A RQ-4 Global Hawk surveillance plane purchased by South Korea landed at an airbase to support ground troop actions by scanning and tracking the movement of enemy missile and troops movements. Air force officials believe RQ-4s will enhance South Korea's operational capabilities as they will work together with advanced stealth jets.

It was the first of Northrop Grumman's four RQ-4Bs South Korea has agreed to purchase under a 2014 contract. Three RQ-4Bs are to be delivered by the first half of 2020.

Global Hawk's pre-dawn arrival on Monday at an airbase in Sacheon came in a low-key ceremony which is apparently conscious of a backlash from Pyongyang which has taken a fussy attitude to Seoul's purchase of high-tech and advanced weaponry. South Korea would purchase 40 F-35As through 2021, with 13 already delivered this year. Military officials have hailed the deployment of stealth jets as a milestone in South Korea's air defense.