Shinhan embroiled in dispute with Oracle over database management contract 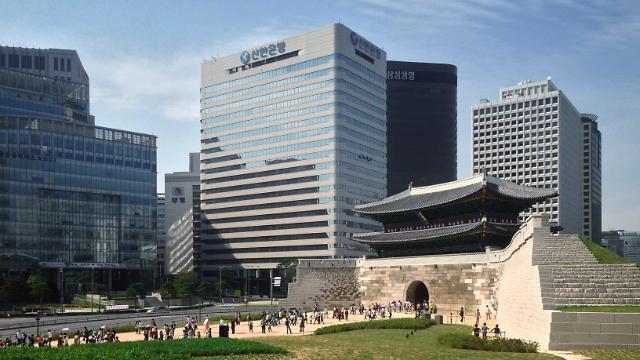 SEOUL -- In an effort to reduce their heavy reliance on Oracle, South Korean financial firms are looking for or introducing new database management systems, citing excessive licensing costs and inconsistent policies by the American computer technology company which has secured a solid demand base with reliable software especially in the banking sector.

Oracle is the dominant operator in South Korea's DBMS market, with its software being used by many financial firms for decades. Top DBMS companies provide hardware and software when they sign an unlimited license agreement (ULA), which is an arrangement in which an enterprise pays a single up-front fee to get as many licenses as they want over a fixed time frame.

Large companies have ULA contracts instead of individual licenses that pay fees based on the number of DBMS installed on their servers, as they have the advantage of expanding servers and settling management costs.

Shinhan, one of South Korea's top banking groups, has been embroiled in a dispute with Oracle, which said its DBMS was excessively used on servers when the bank terminated ULA licenses in November last year.

"It is true that we received the certification of contents from Oracle. We will strive for an amicable agreement," a Shinhan official said. Details were not given, but IT and financial industry sources said that Oracle wants Shinhan to pay at least 40 billion won ($34 million) in compensation for violating licenses.

"Oracle's request for additional license fees may fuel the domestic financial sector's ongoing move to end its dependence on Oracle," said an unnamed domestic DB industry official. "It is expected to serve as an opportunity for domestic DBMS (suppliers) and open-source DBMS to  expand their market share."

The wider use of cloud has changed the landscape of the DBMS market, along with open-source DBMS. Major commercial banks in South Korea have begun to use Oracle's competitors such as Microsoft or open-source software for data analysis and external services, although Oracle's DBMS is still being used for a core bank system that requires strong reliability to manage customers' money and accounts.

"As there are many foreigner suppliers in the bank's computerized system, there are concerns about technology dependency. But for the government to create a safe financial system, it should also consider banking practices that need to ensure the reliability and stability of electronic financial transactions," said an official at the Financial Services Commission (FSC), a state watchdog.