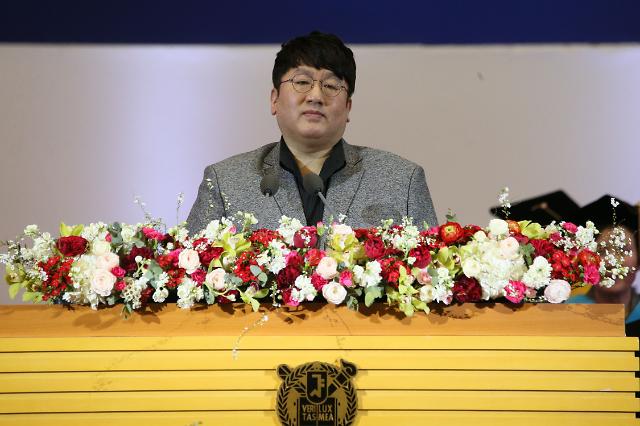 SEOUL -- Bang Si-hyuk, the producer who is behind BTS' stellar success in the global music scene, has produced a ballad song for "8EIGHT," the three-member coed band of his entertainment agency.

Big Hit Entertainment said on Friday that the trio band would release a ballad song on February 7. 8EIGHT involving Lee Hyun, Baek Chan and Joohee has been on a six-year hiatus since 2014 with members involved in solo activities or pursuing their own careers.

Bang and Wonderkid, a famous composer, have participated in the creation of 8EIGHT's song, the agency said, describing the new ballad track as a special nostalgic gift to fans who miss the band's unique style of music.

As the founding member of Bang's agency, 8Eight debuted in 2007 with hip-hop ballad songs such as "Goodbye My Love" and "Let's Not Go Crazy".