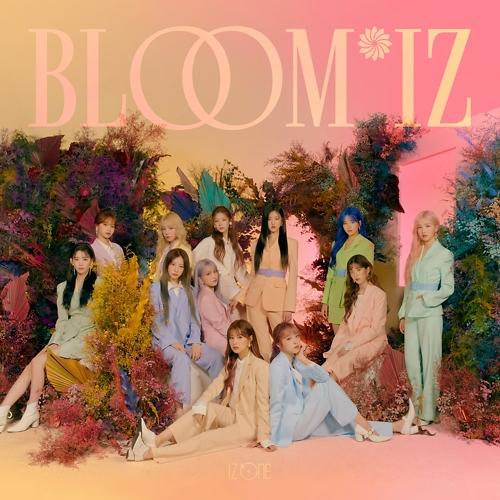 [Courtesy of Off The Record]

SEOUL -- IZ*ONE, a project gird band formed through an audition show, will come back on February 17 with BLOOM*IZ, a studio album which was to be issued in November last year before the group
suspended activities over a vote-rigging scandal.

The girls debuted in October 2018 with their first extended play (EP) COLOR*IZ and their Japanese debut single, "Suki to Iwasetai", was certified Platinum by the Recording Industry Association of Japan. On January 23, Mnet, a TV music channel, allowed the girl band to resume activities.

In early November, police arrested two producers of Produce X 101, a boy group survival reality show hosted by Mnet, on charges of rigging votes cast by fans in favor of particular contestants. One producer told investigators that votes for Produce 48, a girl band audition show, were also rigged. IZ*ONE's nine members from South Korea and three from Japan debuted in October 2018 after they were selected through Produce 48.

Mnet run by CJ E&M, a key distributor and exporter of Hallyu (Korean cultural wave) in Asia, has hosted a series of audition programs for young idol group hopefuls from entertainment agencies. X1, another project boy band formed through Mnet's program, was dismantled as management agencies failed to reach a unanimous decision on the resumption of the group's activities.

Produce 101 has been a preferred stage for trainees who wish to become a K-pop idol. Viewers choose 11 members out of 101 trainees from different entertainment companies and independent trainees through online and live voting with multiple elimination rounds.