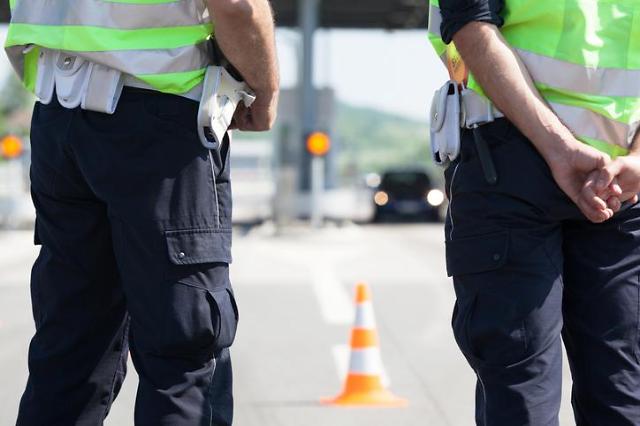 The National Police Agency said Wednesday that it would invest five billion won ($4.1 million) by the end of 2022 to develop non-lethal weapons designed to capture criminals more efficiently and safely. Instead of a net, the innovative gun fires a rope with weights attached to each end. On impact, the rope will immediately wrap around its target in an eight-meter (26.2 feet) radius.

Policemen in South Korea should follow strict guidelines on the use of lethal weapons, including S&W M60 .38 revolvers. They are not allowed to use guns even in some emergency cases. Normally, at least one officer would carry a loaded pistol with partners carrying stun guns, pepper sprays and batons.

Some officers say in a self-mocking way that it's better to throw their pistols at criminals rather than to shoot them, citing troublesome paperwork and investigations they have to go through after shooting. The situation will get even worse if a criminal dies from the gunshot wound.