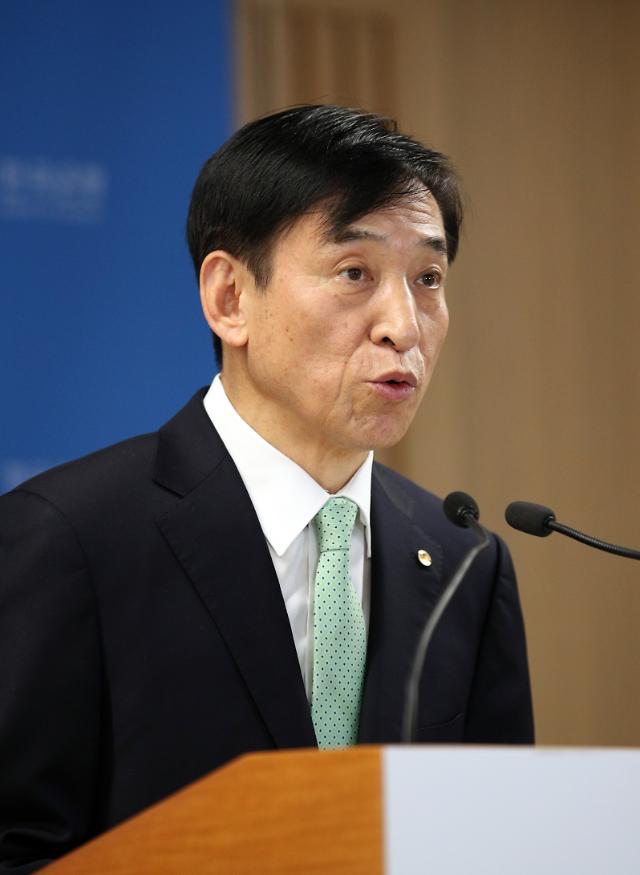 SEOUL -- South Korea's central bank warned of negative growth in the first quarter of this year and lowered its 2020 growth outlook to 2.1 percent, saying that a coronavirus epidemic is leaving greater damage than anticipated, especially in domestic consumption.

The warning came on Thursday from Governor Lee Ju-yeol of the Bank of Korea, which kept its policy rate unchanged at the record low level of 1.25 percent and lowered this year's growth outlook from 2.3 percent to 2.1 percent.

"I think it's more of a shock than any other infectious diseases," Lee said. "It is true that the real economy is already shrinking due to the influence of COVID-19 and it will be more shocking than ever before and its impact will be particularly concentrated in the first quarter."

Consumption suffered the biggest contraction, while the service sector, such as tourism, food and lodging, wholesale and retail, were also hit hard, the governor said. "We expect a significant portion of the shock to be concentrated in the first quarter, so we believe there is a possibility of negative growth in the first quarter."

"We judged that micro policies are more effective because the recent contraction in domestic demand and production activities is mainly due to the spread of anxiety over infection rather than economic factors," Lee said, promising to consider a rate cut after a more thorough examination of whether the epidemic would be prolonged.