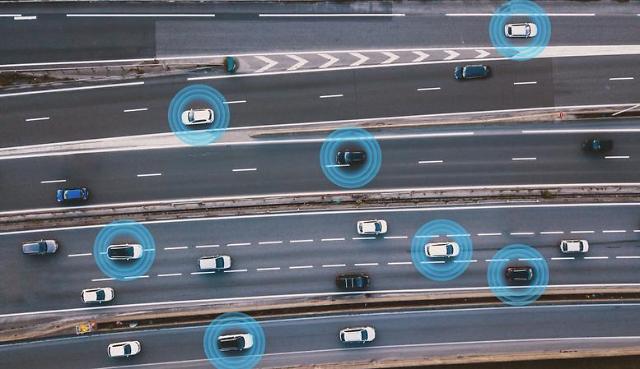 
SEOUL -- In a government-led project, a trusted platform for the verification of autonomous driving using blockchain technology will be set up in Sejong, a planned city designated as a testbed for smart city solutions. The city has one of South Korea's most advanced smart city platforms capable of supporting future technologies.

A trusted platform refers to a module using technologies that verify and protect digital identities of self-driving cars and their systems. Such technologies are vital in the upcoming era of autonomous driving as they can be hacked to leak personal information or deliberately cause fatal accidents if they are not protected.

The Sejong city government said on Friday that it would develop a blockchain-based trusted platform for autonomous vehicles in a project led by the Ministry of Science and ICT and the Korea Internet & Security Agency, a state internet technology watchdog.

"We expect this technology platform to greatly increase the credibility of data by strengthening the security of information shared by cars and their control tower," a Sejong City official was quoted as saying.

The project involves a consortium of tech companies including LG CNS, the information technology wing of LG Group, and Unmanned Solution, a domestic autonomous shuttle maker. The consortium will develop a blockchain-based decentralized identifier (DID) verification technology to prevent the illegal cloning of self-driving cars' identities as well as hacking. DID is a new type of encrypted identifier that normally uses public keys to establish secure communication channels.

The blockchain-based DID will incorporate multiple layers of encryption to data that is shared between cars and on-road facilities such as traffic lights and other vehicles using vehicle-to-everything (V2X) communication.

Blockchain is a decentralized service that shares replicated and synchronized data geographically spread across multiple servers operated by countries or organizations. Each virtual ledger works as a verification tool, making it almost impossible to hack or manipulate.