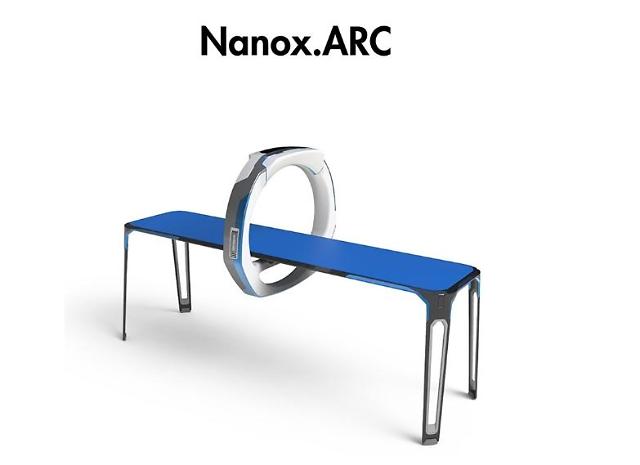 
SEOUL -- SK Telecom, a top mobile carrier in South Korea, jumped into the medical device market through a strategic investment in Nanox Imaging, an Israel-based medical imaging technology company that has developed an innovative digital X-ray device. Digital X-ray technology can be applied to medical, security and industrial services.

SK Telecom (SKT) said it would make an additional investment of $20 million in Nanox to become the second largest shareholder. SKT invested $3.0 million in Nanox in 2019. Nanox developed Nanox System, which is composed of Nanox.Arc, a novel digital X-ray device and its companion cloud-based software, Nanox.Cloud.

SKT said in a statement that the Nanox system will enable medical imaging systems to be built at significantly lower costs to promote the early detection of medical conditions and X-ray based imaging modalities such as 3D tomosynthesis and fluoroscopy.

Current X-ray imaging devices produce X-rays by heating filaments made of copper and tungsten, creating electrons and spinning them quickly. The digital X-ray device controls nail-sized silicon semiconductors to generate electrons and converts them to X-rays. It produces better image quality than the analog method.

The Nanox system is based on silicon MEMs semiconductor technology. Microelectromechanical systems (MEMS) constitute the technology of microscopic devices, particularly those with moving parts and became practical once they could be fabricated using modified semiconductor device fabrication technologies.

SKT believes that digital X-ray technology can be used for quality inspection at semiconductor, battery and auto parts factories. If digital X-ray equipment is loaded into an ambulance and linked with 5G and cloud, medical staff can see X-rays in real time even during the transport of patients.

SKT and Nanox agreed to deploy 2,500 units of the Nanox system in Vietnam and South Korea. They will discuss plans to establish Nanox’s subsidiary in South Korea to scale up the production of source semiconductors by leveraging SKT's expertise in semiconductors.

"Through collaboration with Nanox, SK Telecom will drive innovations in the post-COVID-19 era by merging next-generation medical imaging with advanced ICT such as 5G and AI," SKT CEO Park Jung-ho was quoted as saying.

"We will collaborate with SK Telecom to create a world where no person has to wait weeks and months in line for radiology services and diagnostics," said Nanox CEO Ran Poliakine.