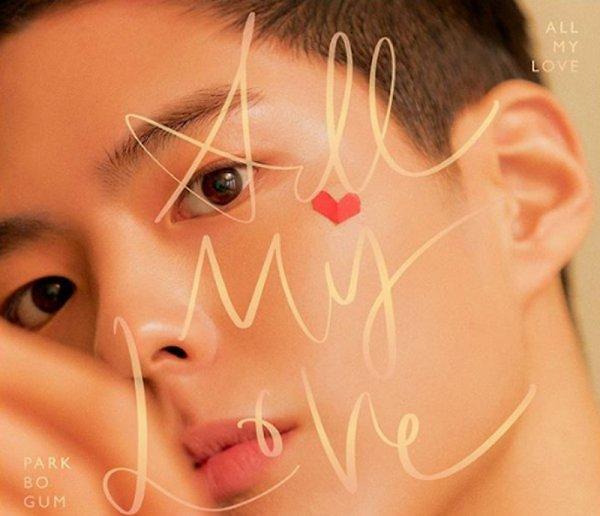 
SEOUL -- Actor Park Bo-gum will release a song written and composed by South Korea's singer-songwriter Sam Kim in August as the last present for fans who would miss the K-drama star during his mandatory military service. He has applied for the keyboard part of the Navy's military music and honor guard.

Blossom Entertainment, the 27-year-old's agency, said in a statement on Tuesday that the actor would release "All My Love" on August 10, the day which Park took his first step into South Korea's entertainment industry in 2011 by playing a role in the horror film "Blind" directed by Ahn Sang-hoon.

The song will be released through global online music services and Park's single physical album will hit the shelves in South Korea and Japan on August 12. Previously, Park has released songs including "Bloomin" in 2019 and "blue bird" in March this year.

The Military Manpower Administration said that the results of Park's military ability test would be released on June 25. If Park is accepted by the Navy, he will enter a boot camp on August 31.