Sales of dishwashers skyrocket 459% in S. Korea amid COVID-19 pandemic 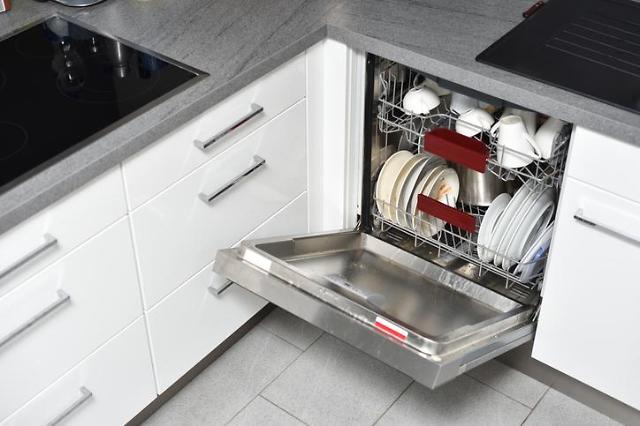 SEOUL -- Sales of dishwashers have unexpectedly skyrocketed amid a coronavirus pandemic that has prompted a nationwide social distancing campaign meant to have people avoid visiting crowded places such as restaurants and shopping malls.

The COVID-19 pandemic has brought a fresh change in South Koreans' eating culture. After the spread of the coronavirus began in earnest in late February, the most searched keyword in online grocery stores was "Jipbab," meaning home-cooked-meal, according to Market Kurly, a major online overnight grocery delivery service operator.

Before the pandemic, young working couples, working parents and single households had often eaten at restaurants to take care of their meals. Convenient ready-to-eat meal kits and food deliveries were also popular among young working people in their 20s and 30s. One of the main reasons for dining out is because there is no need for tidying up such as washing dishes after eating. However, home cooking content on YouTube and other social media started to gain attention during the last few months, encouraging people to try various types of new home meal recipes.

The people's enthusiasm towards the art of home cooking was reflected in the popularity of dishwashers. ETLAND, a major home appliances retailer, said on July 28 that the sales of dishwashers in the first half of this year skyrocketed 459 percent compared to the same period last year.

"The most significant growth in sales in the first half of this year is the dishwasher," an ETLAND official was quoted as saying. "Given this trend, the dishwasher is expected to record the biggest sales this year," he said.

Dishwashers were not considered a must-have home appliance in South Korea where consumers had a general prejudice that dishwashers cannot clean dishes that contained Korean menus that include sticky rice, oily soup and various kinds of sauces.