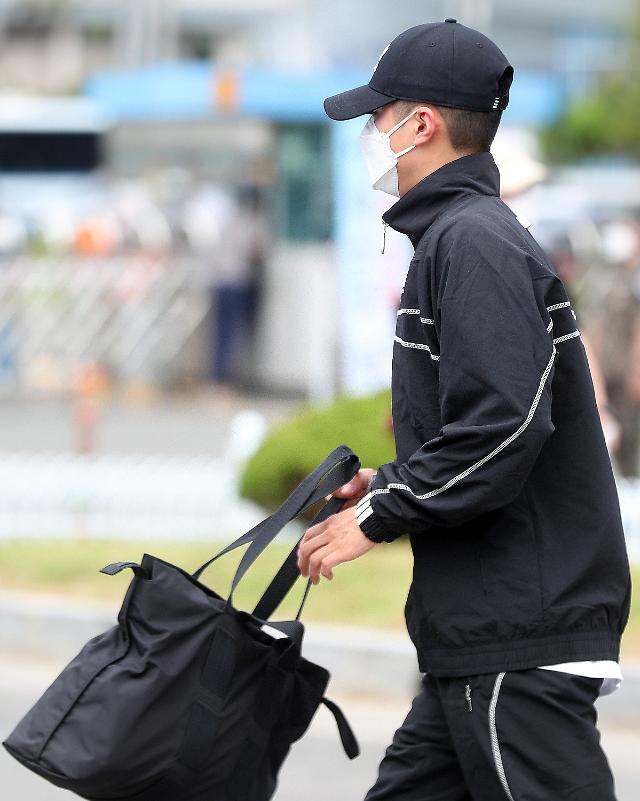 
SEOUL -- Actor Park Bo-gum made a quiet solo entry into a boot camp for his mandatory military service as a naval military bandsman. There were no on-site press or fan meetings due to concerns about a COVID-19 pandemic.

Wearing a black cap and a black training suit, Park was seen heading to a naval training camp in Jinhae, some 310 kilometers (192 miles) southeast of Seoul, with his face covered with a mask. Some 1,300 trainees would undergo a COVID-19 test before staying in the camp for six weeks of training. He will be discharged at the end of April 2022.

Park, 27, has applied for the keyboard part of the Navy's military music and honor guard. All able-bodied South Korean men go through physical tests to see if they are physically and mentally fit to perform their mandatory military service. They can choose to serve in the Army, Marine Corps, Navy, Air Force. The service period ranges from 18 to 22 months.

Park began his acting career in 2011 by appearing in the horror film "Blind." He became one of the most popular figures in the K-drama scene in 2015 when he played the main role in the cable TV drama, Reply 1988. Since then, he has appeared in TV dramas such as Love in the Moonlight" (2016) and Encounter (2018).