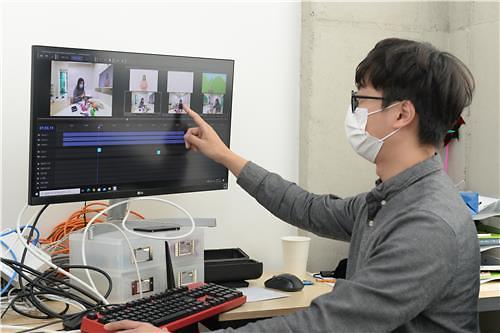 
SEOUL -- Through a joint project involving state research institutes and a university hospital, researchers will develop an artificial intelligence-based technology for the early detection of signs of autism spectrum disorder in infants and young children.

The Autism spectrum disorder (ASD) is a neurological and developmental disorder that is developed in early childhood. In normal circumstances, it takes several years for parents to find out if their children had a disorder that lasts a lifetime. The disorder affects how a person learns and interacts with others.

The Electronics and Telecommunications Research Institute (ETRI) will work with the Gwangju Institute of Science and Technology (GIST) and Seoul National University Hospital in Bundang to develop an AI technology for the early diagnosis of ASD.

ETRI said in a statement on November 19 that the joint research and tests would be conducted at the Seoul laboratory of the Korea Institute of Robot and Convergence. The AI-based technology will receive information about different patterns shown by ASD patients from a server in real-time to compare video images. AI will analyze facial expressions, body language and behavioral characteristics.

Because there is no standard for the treatment of ASD, it is vital for parents and guardians to prepare for measures that will minimize symptoms as early they can. The U.S. National Institute of Child Health and Human Development states in a post uploaded onto its website that the early diagnosis of ASD and interventions that take place during preschool or before are more likely to have major positive effects on symptoms and later skills.