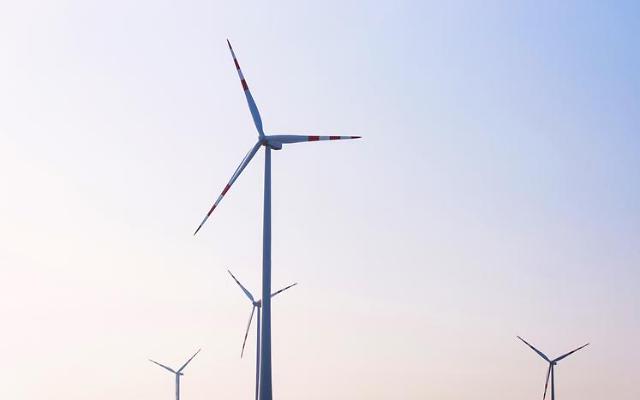 SEOUL -- Doosan Heavy Industries & Construction, a key contractor in South Korea's energy industry, will participate in a green energy project to produce and store hydrogen using wind power generation on the southern resort island of Jeju, which has been selected as an important place to achieve net-zero emissions, test autonomous vehicles and establish electric vehicle infrastructure.

Doosan Heavy said it has signed an agreement to participate in a government-sponsored project organized by Jeju Energy Corporation that will demonstrate no carbon emissions with green hydrogen by using wind farms on the northeastern coast of Jeju. The project will use 3MW of wind power to produce about 600 kilograms of hydrogen per day and build a compression and storage system. Unused power will be stored in a battery system.

Doosan Heavy will carry out the design and supervision of a hydrogen plant and develop an energy management system by December 2022. Hydrogen produced at the plant will be used as fuel for hydrogen buses to be introduced by Jeju. "We will continue to foster eco-friendly energy businesses such as hydrogen, wind and hydro," said Doosan Heavy's strategy and innovation division head Song Yong-jin.