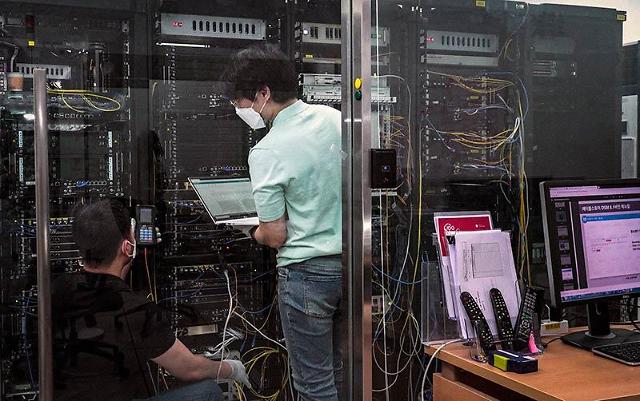 
SEOUL -- A consortium led by SK Telecom has been selected for a state project to establish and operate a pilot infrastructure for quantum cryptographic communication. The project is to secure the stability of emergency communication networks in key industrial facilities such as nuclear power plants and strengthen the protection of key data and personal information held by public institutions.

Quantum cryptography has emerged as an essential security solution for safeguarding critical information in the 5G era. Data encoded in a quantum state is virtually unhackable without quantum keys which are basically random number tables used to decipher encrypted information.

"It is meaningful that quantum cryptographic communication can contribute widely across industries and the private sector beyond major national facilities where security is the top priority," SKT's innovation suite head Ha Min-yong said in a statement on May 25. "We will continue to expand the base of quantum cryptography so that customers can live their daily lives safely in an information and communication technology environment."

SKT will establish a heterogeneous quantum cryptographic network of the Korea Advanced Research Network (KOREN), a test network that supports feasibility and suitability verification of all technologies for the efficient construction of high-speed information and communication networks.

SKT would push for the integrated control of different quantum cryptographic networks and monitor the status of quantum cryptographic communication networks through a Q-SDN controller and open collected data to specialized institutions. SDN (software-defined networking) has been proposed to solve problems caused by difficulties in central management, vendor dependency and an increase in the complexity of networks.