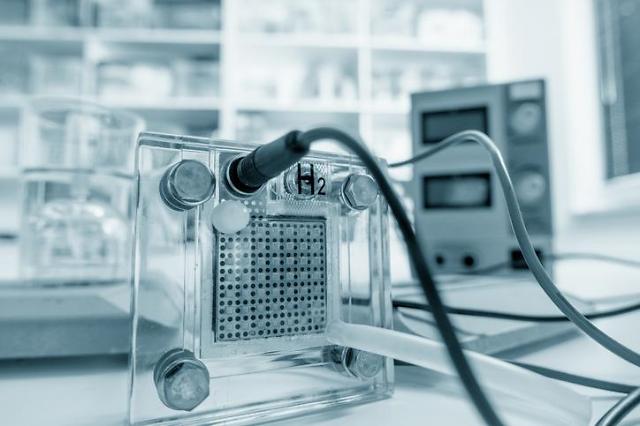 SEOUL -- South Korea's car parts maker Hyundai Mobis will inject some 1.3 trillion won ($1.1 billion) into the construction of two fuel cell plants. The car component maker's investment is aimed at responding preemptively to rapid growth in the global fuel cell market that is projected to reach $28.9 billion in 2028.

A fuel cell is an electrochemical cell that uses a mixture of hydrogen and oxygen to generate electricity, heat, and water. Because the generation process does not emit greenhouse gases, fuel cells are considered a key power generation tool to achieve net-zero emissions. The size of fuel cells ranges from small to very large. They can be as small as the size of a watermelon to be fitted onto a drone.

Hyundai Mobis affiliated with South Korea's Hyundai auto group said in an earnings call on August 20 that the company's board approved the investment to build fuel cell plants in the western port city of Incheon and in the southern industrial city of Ulsan. Ground will be broken at the end of 2021 for completion by the end of 2023.

The Incheon factory will manufacture fuel cell stacks, the heart of the power system that generates direct current electricity, while the Ulsan factory will produce final fuel cell products. The capacity of the two plants was not disclosed. "Through this new investment, we predict that new opportunities will be created to expand the hydrogen ecosystem by establishing an efficient distribution network of next-generation fuel cell systems," an unnamed Hyundai Mobis official was quoted as saying.