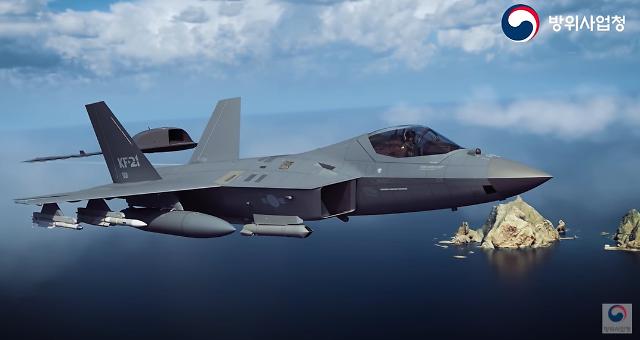 
SEOUL -- South Korea's defense technology development agency has succeeded in the development of a small-sized radar structure that has a minimized surface area. The special radar will maintain its low observable capability when it is installed on the hull of a stealth jet fighter.

Stealth jet fighters are designed to maintain a low radar cross-section (RCS), the electromagnetic signature of an object, to be almost invisible to flight radars. Their wings and hull use special paints to absorb radio waves transmitted by radars. Surface angles of the body are also designed to disperse reflected radio waves, making it harder for radar operators to detect. An ordinary stealth fighter will show up on the radar as a bird-sized object.

Because of low-observable characteristics, stealth jet fighters normally do not have components such as hardpoints, platform parts that attach missiles and bombs to an airplane, or sensors that protrude out of the body. Many stealth fighters have an internal weapon bay to keep their payload and minimize radar detection.

The Agency for Defense Development (ADD) controlled by the Defense Ministry said in a statement on November 23 that through a four-year project with Hanwha Systems, a defense contractor involved in the development of high-performance antennas, the agency has developed a small conformal-type radar that can use all radio wave frequencies.

The conformal-type radar's shape is flat and optimized to minimize RCS and maximize stealth ability. Active-phased array antenna technology was used to develop the radar that can change the angle and pattern of radar beams to securely establish communication links between a jet fighter and the control tower. ADD will upgrade conformal antenna technologies to become a key player in the stealth jet fighter industry.