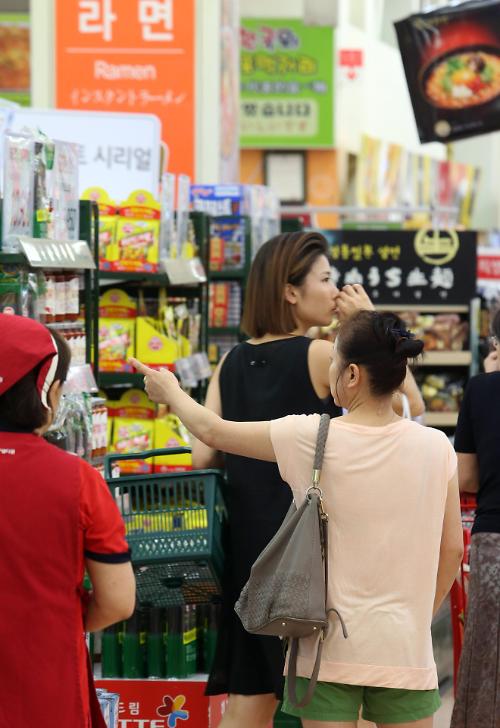 Consumer prices grew 0.8 percent last month from a year ago, after a 0.8 percent on-year gain in December, according to the report of Statistics Korea.

Those figures mark the lowest since a 0.9 percent on-year growth in October 2013.

The country's consumer price index has entered the below 1 percent range largely due to a sharp drop in international oil prices.

Consumer prices rose 1.3 percent for the second consecutive year in 2014, the lowest pace since 1999 when it gained 0.8 percent.