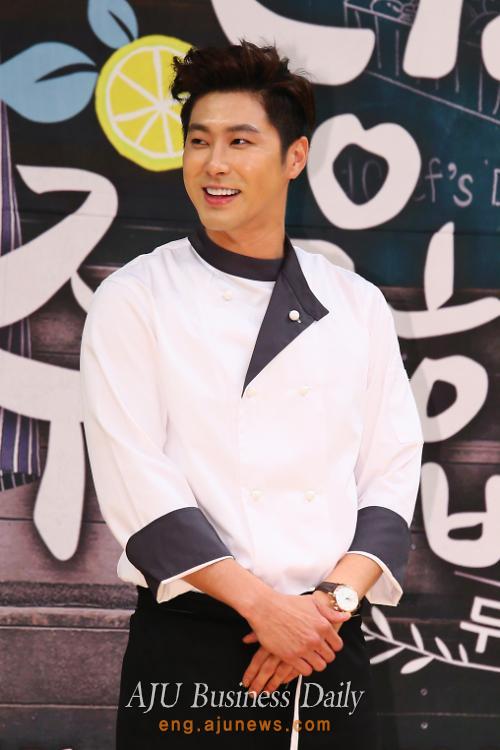 Yunho, an actor and member of the K-pop idol duo TVXQ (a.k.a. Dong Bang Shin Ki), poses for photographers during a press preview of SBS Plus' upcoming web-based drama "I Order You" at the broadcaster's headquarters in Mok-dong, Yangcheon-gu, Seoul, Monday. Yunho plays a chef in the 16-episode drama that will premiere on July 6.

Yunho, meanwhile, will enlist in the ROK Army on July 21, according to his management agency, SM Entertainment. In South Korea, all able-bodied men are subject to about two-year mandatory military service. ROK stands for the Republic of Korea, the official name of South Korea.