Korea’s love for ‘ramyeon’ top in the world 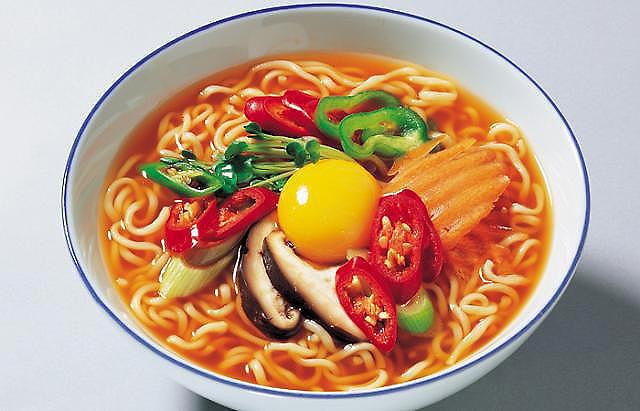 
Ramyeon, Korean term for instant noodles, has kept its position as Koreans’ most favored dish since it was released in the Korean market in 1963 by Samyang. According to Agriculture Ministry data released Thursday, Koreans consume the largest amount of ramyeon in the world.

The report shows that Koreans’ intake of ramyeon is 76 servings per year, which a Korean person would consume a packet of ramyeon at least once a week. The ministry said Korean ramyeon market size stood at US$ 1.64 billion last year, and it accounted for nearly 80 percent of the total noodle market.

The instant noodles, is no doubtlessly the soul food of Koreans. For the elderly, it brings back memories from the past when ramyeon was first released, for young people, it’s hearty as any Korean meal but also great as a snack between meals.

Most Korean ramyeons’ soup is based on Korean red pepper paste. Its hot flavor is the favorite of all time. Especially when suffering from a hangover.