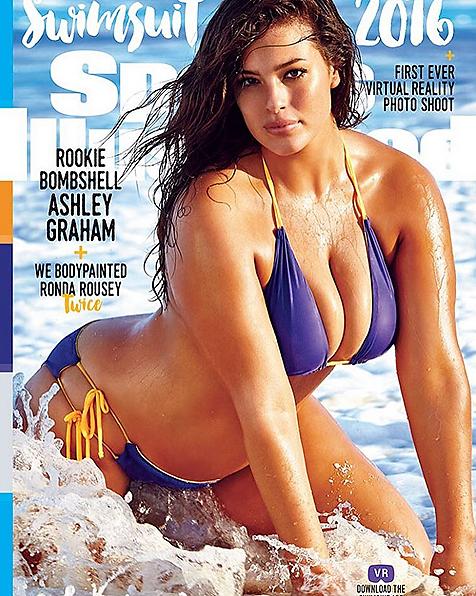 Sports Illustrated (SI), a worldwide published magazine famous for its beautiful cover models, have revealed three cover models for its 2016 special issue. As a part of a movement towards body diversity, the company chose Ashley Graham as one of the cover models.

Ashley Graham is a plus-sized lingerie model and this is not her first time featuring in an issue of SI. She had appeared in a swimsuit advertisement for SwimsuitsForAll, a company which specializes in plus-sized swimwear.

Graham wrote in her Instagram post “Truly speechless!!! This cover is for every woman who felt like she wasn't beautiful enough because of her size. You can do and achieve anything you put your mind to. Thank you so much to the entire @si_swimsuit team! I'm so excited to be a part of your family. I love you all!!!”

The movement towards body diversity is what SI carried on for years. Although Graham is the first to be on the cover of the magazine, an Australian plus-sized model Robyn Lawley appeared in an editorial spread in 2015.