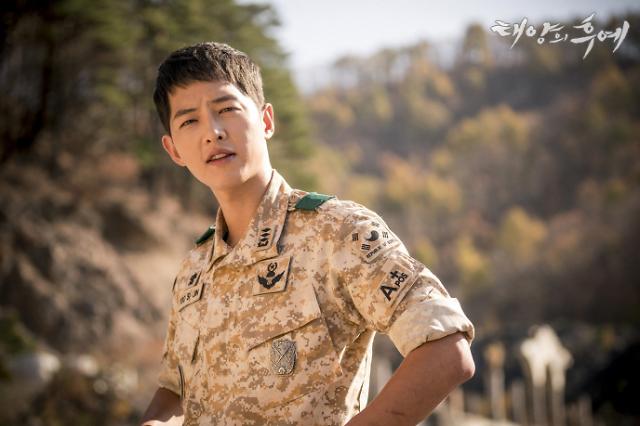 
"Please run with us." "Running Man", a South Korean variety TV program sent out a love call towards Song Joong-ki, who had played the main role in the hit drama "Descendants of the Sun".

The Running Man's crews had been sending out love calls towards the most popular star since March 20, to appear in the Sunday's show, which is the most popular variety show loved by the fans from all over Asia.

Song Joong-ki and the members of Running Man has special memories that go a way back to 2010. Song was the starting member of the show, but pulled out in April of 2011 saying that he wishes to "stay fully attentive in acting." The actor also visited the filming sites of the Running Man after he finished his mandatory military service.

Lee Gwang-soo, the key member of the show, is also known to be one of the best friends of Song Joong-ki. He is being repeatedly scolded by members of the show for not being as famous as Song.

However, Song Joong-ki remains silent towards Running Man's offer. Although some experts of the industry predict that Song may appear in the show, but it won't be anytime soon. It's because the actor is fully scheduled for fan meetings and other activities in near future.