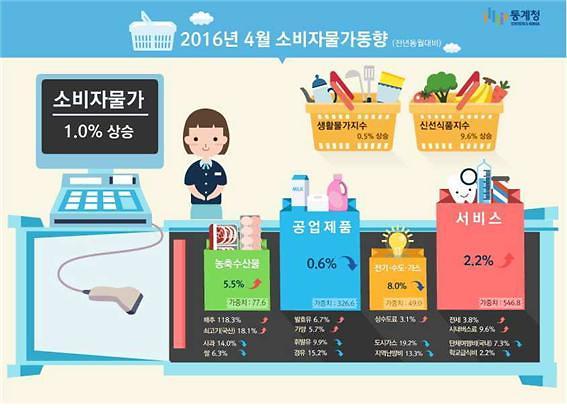 The April reading remained unchanged from a 1.0 percent increase in March, according to Statistics Korea. The hike in April was led by higher prices of agricultural and fishery products.

The consumer price index has remained below the one percent level throughout last year, sparking concern about deflation in Asia's fourth-largest economy. It showed signs of a slight rebound this year. The Bank of Korea has kept interest rates on hold at a record low 1.5 percent.