NASA's Juno spacecraft is to arrive at Jupiter on July 4 at 10:30 pm EDT (0230 GMT) after an almost five-year journey, before entering the orbit of the gassy giant planet. 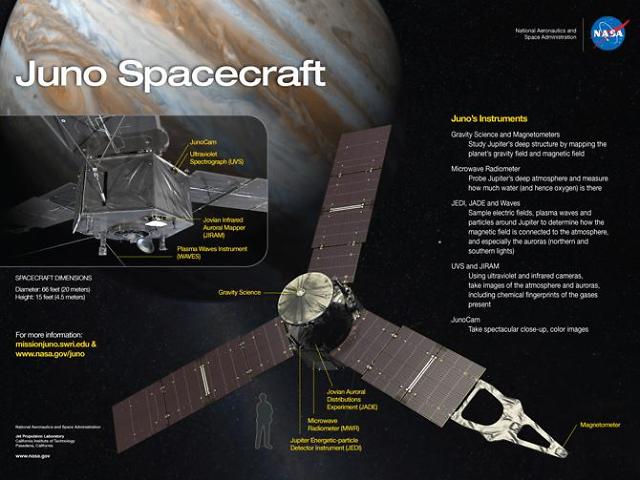 
Once in orbit, Juno will circle Jupiter 37 times for 20 months, covering a distance of about 5,000 kilometers. This is the first time for a spacecraft to orbit the poles of the planet, scavenging for information about its core, composition, and magnetic fields.

However, orbiting around Jupiter would be a suicide mission for Juno as the strong radiation surrounding the gassy planet would eventually wear out on Juno's instruments, making it inoperable.