US does not oppose Asian allies to build better ties with China: Yonhap 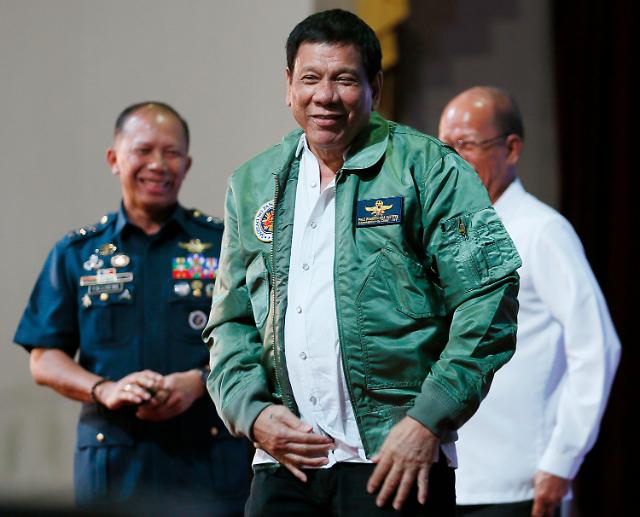 
The United States does not oppose the Philippines seeking better relations with China just as it encouraged other Asian allies South Korea and Japan to improve their ties with Beijing, the White House said.

White House press secretary Josh Earnest was reacting to comments reportedly made by Philippine President Rodrigo Duterte, who is known for his combative rhetoric against the U.S., that he is willing to build closer relations with China and Russia.

"I've been asked this question both in the context of President Park (Geun-hye) of South Korea and Prime Minister (Shinzo) Abe of Japan when they've had conversations with (Chinese) President Xi (Jinping) or other senior Chinese officials," Earnest said at a regular press briefing in response to a request for comment on Duterte's remarks.

"What we've said at every turn is that the United States believes it's in our interest for our closest friends in the Asia-Pacific to have an effective working relationship with the Chinese," he said. "If his intent is to, you know, seek a more effective relationship with China, that doesn't undermine US positioning in that region of the world and that's certainly been true with regard to our relationship with South Korea and Japan."
Duterte has been heavily critical of what he perceives as US high-handedness. Last month, he even used foul language against President Barack Obama as he defended his war on drugs, leading to the cancellation of a bilateral summit between the two leaders.

On Sunday, Duterte also said he might terminate a defense pact his country signed with Washington in 2014.

"Better think twice now because I would be asking you (the U.S.) to leave the Philippines altogether," Duterte was quoted as saying. "If you Americans are angry with me, then I am also angry with you."