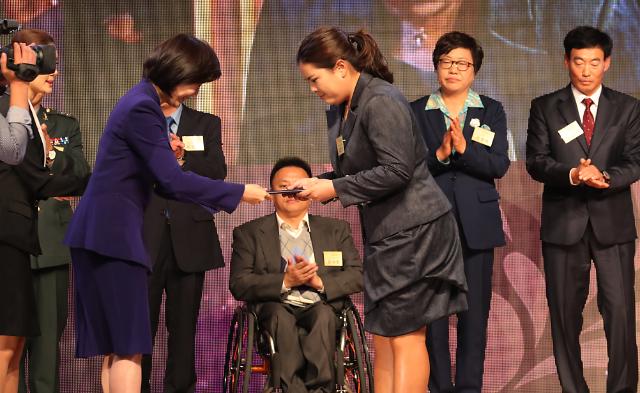 
Olympic gold medalist Park In-bee was selected Friday to receive a prestigious presidential award for her contribution to raising the status of South Korea's sports, the sports ministry said.

The 28-year-old was among nine people to be decorated with this year's presidential awards in the category of sports, the ministry said, adding she became the world's first female golfer to win an Olympic gold medal and achieve a career grand slam.

Park has battled back and finger injuries all season. She has skipped LPGA and other events since she returned from Brazil. She has been resting at her Seoul home, coming out for a walk occasionally with her pet dog.

Park said earlier that she could resume her training next week and compete in two more LPGA events this year while treating injuries during the rest of the season.