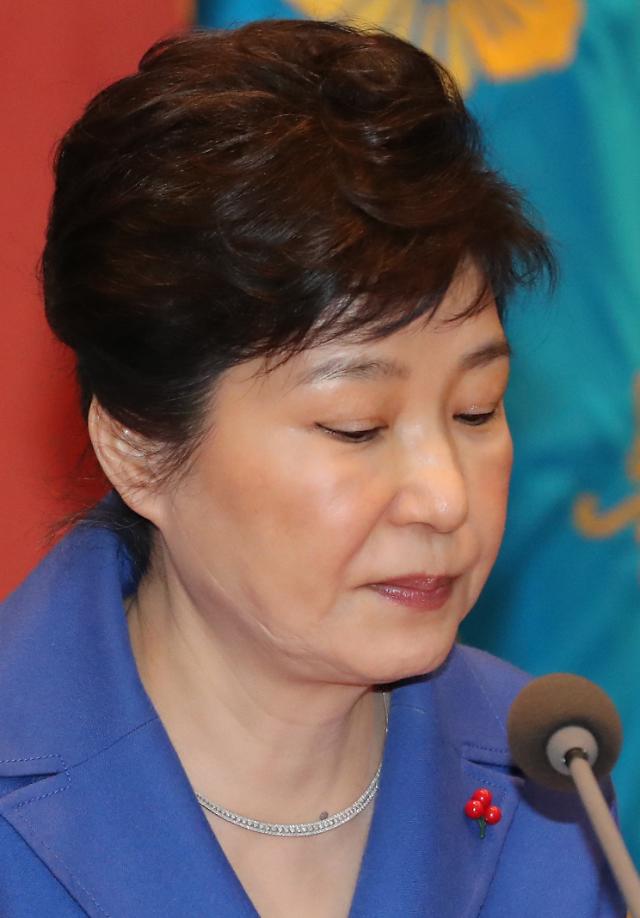 
The impeachment of South Korean President Park Geun-hye is expected to undermine the country's long-term growth, but for now, the vote to impeach the president may help remove uncertainties at least for the stock market, local analysts said Friday.

"The vote has removed political uncertainties. A failure to pass the impeachment motion would have had a more serious implication as it would have extended the period of uncertainties," said Hyundai Securities analyst Bae Sung-young.

The remarks came after the National Assembly voted to oust the president for her alleged involvement in corruption and influence-peddling scandals surrounding her longtime friend Choi Soon-sil.'

The 300-seat unicameral parliament voted 234 to 56 for the impeachment of President Park, with seven nullified and two abstained, in the second attempt in the country's history to oust an incumbent president. The last such case took place in 2004 when then-President Roh Moo-hyun was voted out of his seat, but was later reinstated by a Constitutional Court ruling.'

The court will again review Park's case, which could take up to six months, according to legal experts.

"The impeachment itself will not lead to an immediate economic recovery, as local consumption has been dragging for some time with no signs of recovery in sight despite a series of government stimulus measures," Bae said. "Local economic conditions will likely depend on additional stimulus measures under the next administration."

Exports, one of two major pillars of growth for Asia's fourth-largest economy, will unlikely be affected by the outcome of Friday's vote, the analyst noted.

"External conditions, such as exports, have been moving along with external factors, such as the election of Donald Trump, possible US rate hikes and movements in global oil prices," he said.'

Ko Seung-hee, a Mirae Asset Daewoo researcher, agreed the impeachment of Park will only have short-term effects. "The impeachment may affect some companies that are already facing problems, but it will have no real effect on the fundamentals of most firms," Ko said.