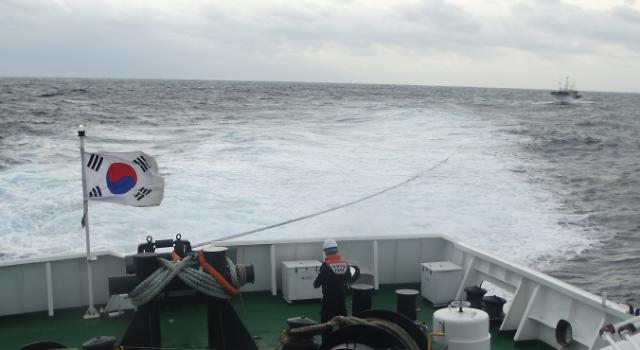 The vessels carrying eight North Korean sailors were found to be drifting in South Korea's exclusive economic zone (EEZ) on Sunday and Monday, according to the source.

"All fishermen expressed a willingness to return home," the source said. "We are seeking ways to contact North Korea to repatriate them to the North."
They were known to be drifting for about two months on broken vessels without enough water and food, and some fishermen may have died of hunger, according to the source.

North Korea has no communication channels with South Korea as it cut them off in response to Seoul's Feb. 10 decision to shut down a joint industrial complex in the North's border city of Kaesong following Pyongyang's nuclear and missile tests early this year.