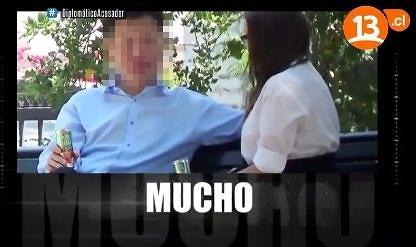 The ministry will also ask for a criminal investigation if it gets related data from Chile, according to Yonhap News Agency. The ministry has pledged "zero tolerance" against the alleged sexual abuse of teenagers as the case sparked a public outcry.

The councilor surnamed Park in charge of cultural affairs at South Korea's foreign mission in Chile was accused of making improper physical contact with a 14-year-old Chilean girl during a Korean-language session in September.

In early December, a Chilean television station filmed the diplomat's sexual harassment of another woman who was acting as a teenage girl receiving a Korean language lesson. He was seen trying to hug and kiss a girl, saying he liked her eyes, lips, and breasts.