Tesla to set up infrastructure and testbed in S. Korean city 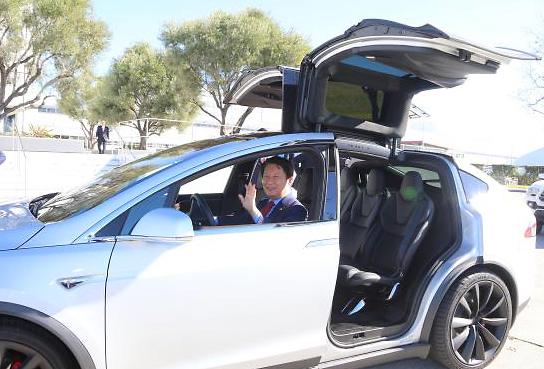 
Tesla Motors will set up infrastructure and a testbed in Daegu, a southeastern industrial city, which has invited the US company for an ambitious project to set up a base for electric vehicles.

The partnership between Daegu and Tesla followed an agreement in September last year to launch a joint project to develop autonomous car technology.

Daegu, some 240 kilometers (150 miles) southeast of Seoul, has been well known for its textile and electronic industry. Now, the city is trying to adopt fashion and high tech industries including electric cars and robots as its next growth engine.

Tesla has applied for government certification to sell its Model S electric sedan in South Korea, and plans to open an electric car retail shop in Seoul's southern satellite city of Hanam.

A Daegu spokesperson said Tesla would set up fast-charging stations across the city and distribute its vehicles. The US company has shown great interest in establishing a test-driving zone for autonomous cars in the city's integrated industrial complex.