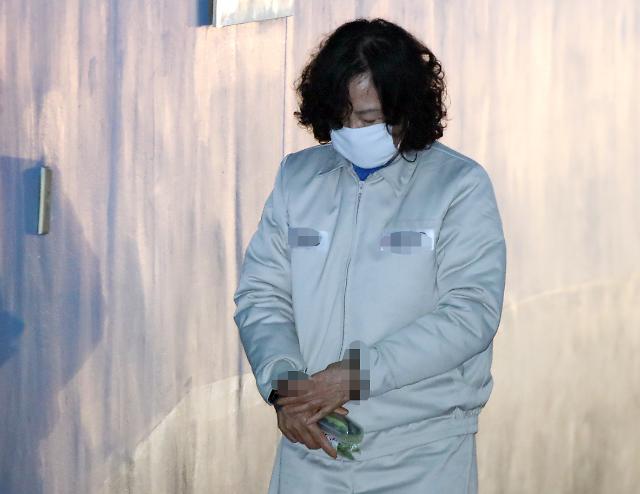 The handcuffed daughter of Lotte Group's founder walks into a court for trial. [Yonhap News Photo]


The daughter of Lotte Group's founder was sentenced to three years in prison Thursday on a string of charges, including embezzlement and breach of trust, in the first court ruling made against a family member of the retail giant.

The Seoul Central District Court convicted Shin Young-ja, the head of the Lotte Foundation, of receiving bribes from various companies in return for business favors related to Lotte's duty-free shops and department stores for over eight years.

State prosecutors launched a full-fledged investigation into the group last year, with members of the Shin family that runs the conglomerate being implicated in wrongdoing. The court ordered Shin, 74, to forfeit 1.44 billion won (1.22 million US dollars) she illegally pocketed.

"The defendant, as an executive of a conglomerate, failed to fulfill the basic social responsibility and role of running a company transparently and reasonably," the court said. "She should be held responsible and made to recover damages done to Lotte Group."

Other members of her family, including her father and group founder Shin Kyuk-ho and the group chairman Dong-bin, are currently standing trial without detention over a string of corruption charges.