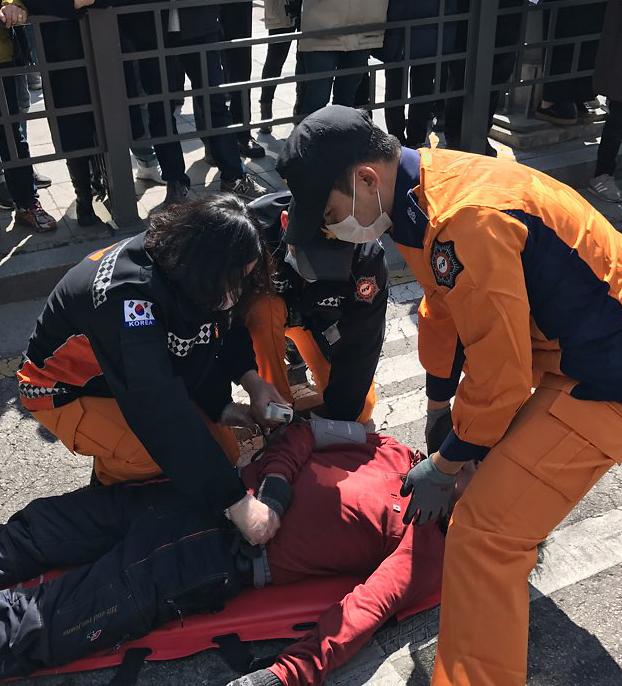 Hundreds of angry protesters staged a violent demonstration in an attempt to break through a police barricade after the constitutional court ousted Park for her role in a corruption scandal involving her jailed crony, Choi Soon-sil. 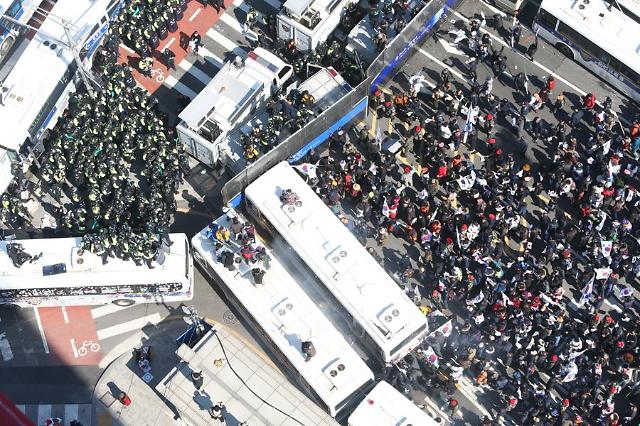 
Some shed tears in despair while others brandished bamboo sticks and clubs to beat police, or bumped their heads into police buses.

Police said two people, including a 72-year-old man, identified as surname Kim, were pronounced dead after doctors failed to bring them back through cardiopulmonary resuscitation.

The two were found bleeding or lying unconscious on the ground during a melee between the protestors and riot police near the court. Rally organizers claimed eight people were injured and rushed to a nearby hospital. 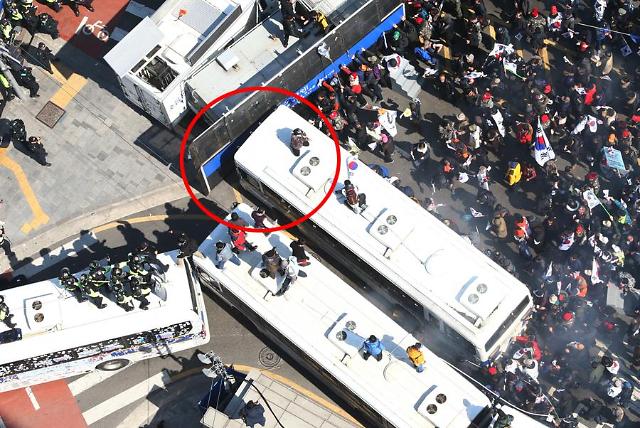 Pro-Park protestors breach a gap between police barricades by using a rooted police bus as a battering ram. [Yonhap Photo]


More than 20,000 riot police armed with water cannons and tear gas vehicle used their buses to form tight barricades along the road leading to the court, which is about two kilometers (1.2 miles) away from the presidential Blue House. In an early rally, pro-Park supporters shouting "No impeachment" waved national flags, warning of bloody protests if Park is ousted.

Park was impeached by parliament on December 9 at the height of anti-government protests that have seen millions of citizens taking to the streets in an unprecedented demonstration of people power.

"We failed to fulfill our duties as the ruling party," said In Myung-jin, the emergency chief of the ruling Liberty Korea Party, "We are sorry for not protecting South Korea's national status and pride of citizens."

The opposing parties did not hesitate to give credit to citizens and praised the court for making a "fair and lawful" decision.  Choo Mi-ae, the head of the main opposition Democratic Party, said: "The impeachment was made possible by the strong will of the people. Our country was on the brink of collapsing, but anyone can see that it is very alive!"

Anti-Park groups voiced their joy. "I'll return home early tonight and celebrate with a glass of cold beer! I think this is the most outstanding political and democratic achievement South Koreans have ever tasted!" Kim Ji-hoon, a 34-year-old pharmacy salesman, told Aju News.

Kim Yu-ra, a 36-year-old office worker, said he would celebrate Park's departure at home. "My sons already have called me, asking if I can get them fried chickens on my way back home. I will have a big party tonight with my family."