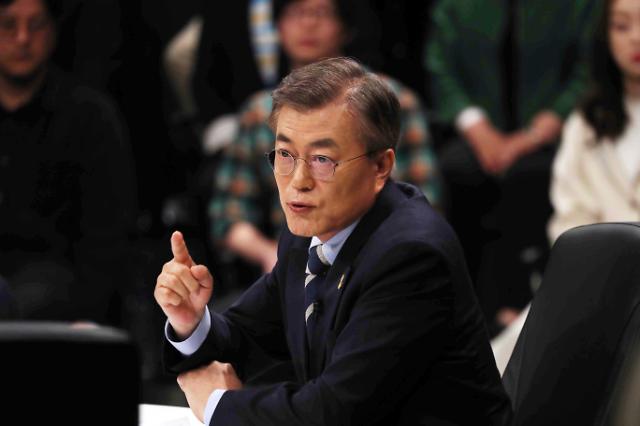 
Moon Jae-in, polled as the strongest candidate to become South Korea's next president, is under fire from sexual minority groups over remarks disliking homosexuals at a TV debate this week.

Asked Tuesday about how he thinks of homosexuality at military camps, Moon described it as a "very serious" issue that could undermine the morale and combat power of armed forces.

"I don't like it," the former human light lawyer said in a stern manner, adding he opposed discrimination against homosexuals but voiced his clear objection to legalizing homosexual marriages, a controversial issue brought to social debate recently.

His comment caused an uproar among online sexual minority communities. Many LGBT people expressed disappointment because Moon is favored to win the presidential election on May 9.

Two weeks ago, a civilian military human rights watchdog demanded the resignation of South Korea's army chief for ordering an illegal probe to identify and punish gay soldiers. Homosexuality is not illegal, but at military camps, it can be punished as sexual molestation under the military criminal act.