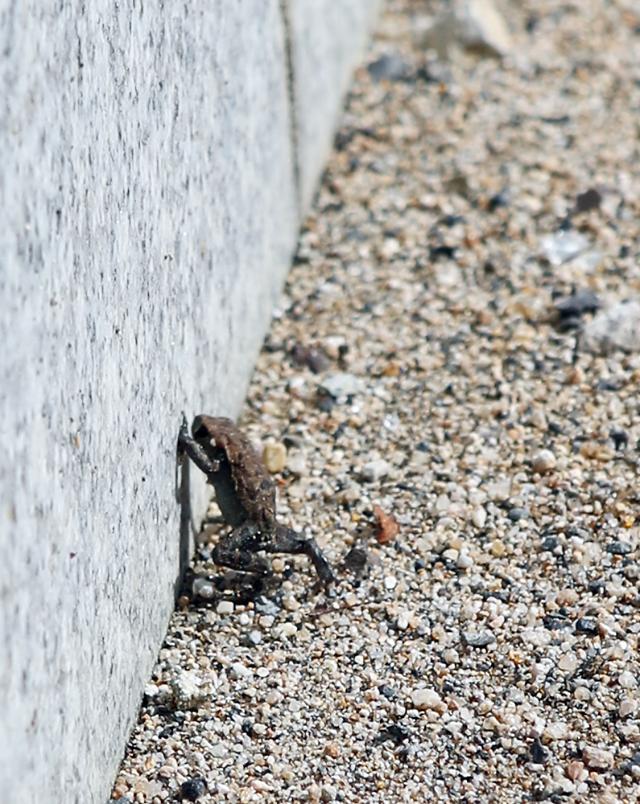 
South Korean national park trekkers have been asked to pay special attention to where they walk, in a campaign to protect young toads on risky migration from their swampy birthplace to woodlands.

Migration by two-week-old toad hatchlings could be seen at this time of the year in South Korea's southern regions such as the Mudeungsan National Park some 260 kilometers (161 miles) south of Seoul.

"Toad hatchlings are very small. They are hard to see from humans eyes," said a national park official. "Trekkers should be extra cautious not to step on them."

Mout. Mudeung is one of the country's most popular trekking courses because of its well-preserved natural environment and unique ecosystem. It is famous for wetlands, the hatching ground for many amphibious species. The national park is also home to unique animals on the verge of extinction such as Chinese sparrowhawk and fairy pittas.