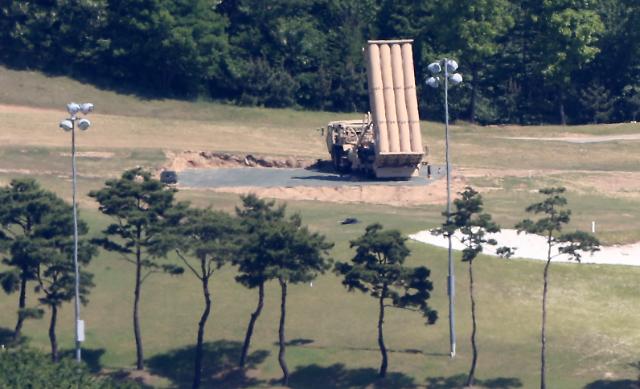 South Korean President Moon Jae-in expressed shock at the secret delivery of four more launchers for a US missile shield and ordered a full investigation, as public anger flared over how the sensitive issue was not disclosed.

The defense ministry has kept under wraps the arrival of four additional launchers for a Terminal High Altitude Area Defense (THAAD) system, the president's office said.

US troops brought in two launchers on March 6 with consent from Moon's conservative predecessor, Park Geun-hye, and deployed them on April 26 in Seongju some 200 kilometers (124 miles) southeast of Seoul.

Four more launchers have been brought in later, but the delivery was not reported even after the new government took office on May 10, Moon's chief press secretary Yoon Young-chan told reporters.

The president said he was "very shocked" and called for a swift investigation into who had authorized the delivery of additional launchers and how it had not been reported to the people and the new government, he said.

The THAAD battery has been a sensitive diplomatic issue among China and other nations around the Korean peninsula. Local residents have opposed it for emitting strong electromagnetic waves. The missile shield consists of launchers, interceptors, a fire control and communications unit, and a powerful X-band radar.

Tuesday's bombshell revelation comes amid signs of a thaw in frozen ties between Seoul and Beijing. China insisted the THAAD system would "seriously" hurt strategic interests of China and other countries as well as the security balance in Northeast Asia.

In an effort to break a diplomatic deadlock, Moon sent a special envoy to Beijing, and Chinese President Xi Jinping responded with an apparent olive branch saying the two countries would solve disputes well to put relations back into shape.

Moon has promised to use the THAAD battery as a "diplomatic card" in negotiations with China and the United States, citing a procedural flaw in Park's decision to allow its arrival without parliamentary approval. The defense ministry argued that it came under the jurisdiction of bilateral defense pacts and required no parliamentary ratification.

Military officials in Seoul regard the THAAD battery as an effective tool to fend off North Korea's nuclear threat, but their argument is getting feeble due to US pressure to bear the cost of operating it. US President Donald Trump wants Seoul to pay one billion US dollars.