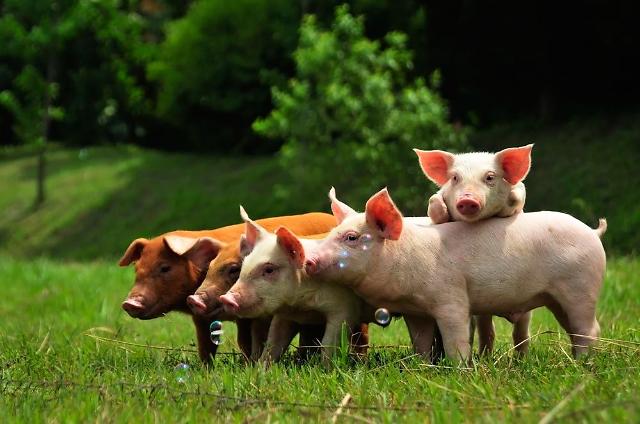 The first pig model was born on March 30 last year and died on May 24 this year, and more will be born.

The team's paper was published on the website of PLOS ONE, a peer-reviewed open access scientific journal.

Transgenic pig models is a major prerequisite for future progress in finding a cure for Alzheimer's disease, the most common cause of dementia. The first breakthrough has been made by scientists from the universities of Copenhagen who cloned pigs that have been genetically modified so that they may function as animal models for the incurable disease.

In their paper, South Korean researchers said an Alzheimer's disease (AD) transgenic pig model would be useful for preclinical testing of therapeutic agents.

"We generated an AD Tg pig by somatic cell nuclear transfer using a multi-cistronic vector that harbored three AD-related genes with a total of six well-characterized mutations," they said.

Animal models are critical tools for drug development and experimental medical science, but no study has reported a pig model that can "fully reproduce the features of disease progression in sporadic/late-onset AD, which represents the vast majority of AD cases", the team sad.

"In this study, we sought to generate an AD pig model using a multi-cistronic vector harboring mutated versions of major AD-related genes. We designed such a vector encoding three AD-related genes with a total of six well-characterized mutations."